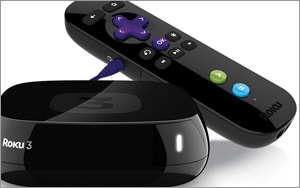 The number of streaming media devices has reached a point where it is large enough to predict how OTT content will shape consumers’ future viewing habits, as well as the ways in which marketers will need to engage with them.

According to the Interactive Advertising Bureau, about a third of all American adults currently have some sort of streaming media device in their homes (either smart TV or other device). That’s a large enough sample to have a roadmap of where things might be heading in the future as even more people pick them up, says Sherrill Mane, senior vice president of research, analytics and measurement at IAB.

“We can now start looking at where the future is going to be,” Mane tells Marketing Daily. “It’s pretty clear we’re at a critical mass of what television is going to be.”

That future is likely to be streamed content. According to the survey, nearly two-fifths of those consumers (38%) spend at least half of their time watching content streamed from the Internet. Why? Because there are fewer commercials (cited by about 50% of connected TV owners), the commercials are less intrusive (40%) and the content is just as good as (51%) or better (25%) than what they find on traditional TV.

“In many ways, we’re experiencing a new golden age of content,” Mane says. “The whole experience of the living room is going to change. It’s creating more opportunities for marketers to be involved with consumers.”

More than a third of connected TV owners said they are streaming more video to their TV than a year ago, and 19% of adults said they are watching less traditional TV than last year. Of those who stream programming at least once a month, Netflix and YouTube are the top providers (cited by about 75%), while half stream traditional TV shows, Amazon Prime or videos from other portals (such as AOL, Google and Yahoo.) Two-fifths stream content from Hulu Plus.

Over a third (35%) of connected TV owners are streaming more video to their TV than a year ago. (One in four smartphone and tablet owners, and one in five computer owners, say they are also increasing streamed content viewing.) Meanwhile, 19% of adults 18 and older state that they are watching less traditional TV year-over-year.

While consumers may be watching more streamed content, they are also more distracted overall. More than three-quarters (78%) say they’re simultaneously using another device while watching TV, mostly via their smartphone (69%). Nearly 80% of computer users and 65% of tablet owners also multiscreen while watching TV.

While Web browsing is the most predominant multiscreen activity, other popular tasks include messaging with friends about the content being viewed, searching for information about the show or actor onscreen, reading about or posting on the onscreen content’s social media feeds, and searching for reviews of a product or service shown in a commercial. That last activity -- which accounts for nearly 40% of smartphone, tablet and computer users -- indicates that marketers need to be aware of what is being said about them, as they are working to get their messages out.

“As we move forward into this new age, marketers can explore different ways of telling their stories to consumers,” Mane says. “This is yet another sign that marketers need to be in charge of whatever they can in their messaging.”