While the Interactive Advertising Bureau and PwC still don’t break programmatic out as a share of total digital ad spending, the release of 2014 data from their Internet Advertising Report shows the total pie is growing dramatically, including the programmatic marketplace.

While it’s impossible to look at the role that public and private programmatic markets are having on overall growth, the data does show a stabilization of revenue models neatly split two-thirds for “performance,” and one-third for CPMs.

Actually, CPMs nudged a percentage point to a 33% share of total revenues, which likely reflects a greater contribution from biddable marketplaces. That’s up from a recent low of a 31% share for CPMs in 2011. 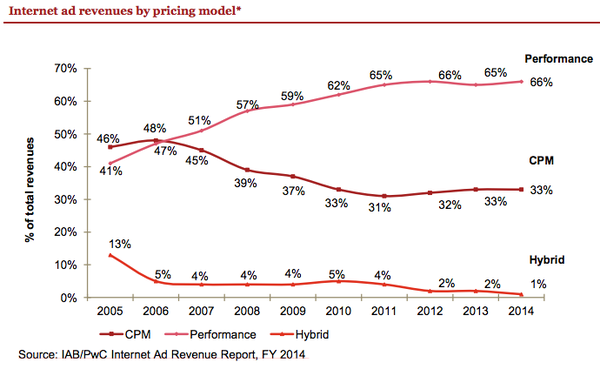