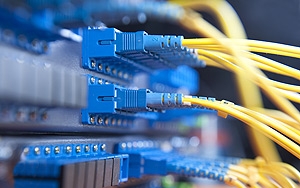 Advocacy group Free Press is warning that Charter's proposed $56.7 billion acquisition of Time Warner, combined with Charter's acquisition of Bright House Networks, could pose some of the same risks to Netflix and other online video providers as Comcast's failed plan to merge with Time Warner.

“These potential mergers won’t make Charter as massive as a merged Comcast-Time Warner Cable would have been but they raise similar public interest concerns, and the FCC should apply the lessons learned in its prior review here,” Free Press said in a statement issued on Tuesday.

But advocates are skeptical of the increased consolidation. Free Press research director S. Derek Turner points out that a Charter's merger with Time Warner, combined with Charter's $10.4 billion merger with Bright House, would leave the company in control of approximately 22% of the high-speed broadband market.

Turner specifically warns that Comcast and New Charter could price broadband in a way that discourage consumers from watching video via “over-the-top” services like Netflix or Hulu. “If both Comcast and Charter were to impose strict usage caps, because they control collectively two-thirds of the market, they could kill the OTT video market in its infancy,” he tells the Daily Online Examiner.

Turner adds that Free Press won't officially take a position on the proposed merger until Charter files its formal application. “I'm very curious how they will make the case that this deal enhances competition,” he says.

FCC Chairman Tom Wheeler said today that the agency will examine whether the deal benefits the public. “The FCC reviews every merger on its merits and determines whether it would be in the public interest,” Wheeler said in a statement. “In applying the public interest test, an absence of harm is not sufficient. The Commission will look to see how American consumers would benefit if the deal were to be approved.”

Last month, opposition by regulators spurred Comcast to withdraw its $45 billion bid to take over Time Warner. Wheeler said at the time that the proposed merger -- which would have left Comcast in control of 57% of the high-speed broadband market -- posed “an unacceptable risk to competition and innovation, including to the ability of online video providers to reach and serve consumers.”