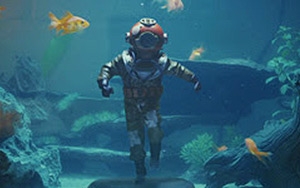 Storytellers are familiar with making stories for the big screen and on television, but what happens when the screen shrinks to a size that fits in the palm of a hand? What happens when it becomes a line of text or image? The advertisement doesn't always need to look like an ad for people to remember the brand. It might just look like funny, unexpected content.

Marketers and advertisers may need to look past what they view as "traditional" to determine what makes an ad worth reading or watching, according to Google's Art, Copy & Code Team.

Using YouTube TrueView -- the ad format that allows people to choose whether they want to watch or skip an ad -- Google's team, along with BBDO NY, and OMD Worldwide, tested three alternate cuts of the same piece of content in an effort to better understand what makes an ad worth watching. They call it "unskippable." To determine success, the project relied on measuring Brand Lift like ad recall and brand awareness to understand whether particular cuts were more impactful than others and what makes the viewer watch it.

For the first Unskippable Labs experiment, Google's Art, Copy & Code team worked with Mountain Dew, BBDO NY, and OMD Worldwide to understand what mobile video advertising people are most likely to watch and how their views impact brand metrics.

The team began with the Mountain Dew Kickstart "Come Alive" spot running on television and TrueView for two months to make the ad unskippable on mobile. On YouTube, it earned nearly nine million views.

What makes an ad unskippable might not be what you expected. An ad considered "Pure Fun," which offers no traditional storyline or structure, was viewed at a 26% higher rate than the other cuts on a smartphone. The "Pure Fun" made viewers more intrigued by the mystery of what they saw and were more interested in seeing where the story went than in skipping ahead.

More importantly, the concept of "Pure Fun" gave viewers more to watch -- about 93 seconds -- more than three times as long as the others. With the chance to watch more, people did, watching more at 69 seconds. The biggest challenge, ad recall, was significantly lower -- more than 54% lower than the other two cuts on mobile.

Viewers who watched "Pure Fun" didn't remember seeing an ad for Mountain Dew Kickstart, but they remembered the brand just as well as the other cuts. When compared with watching the clip on desktop vs. mobile, the brand awareness was significantly higher on the former.