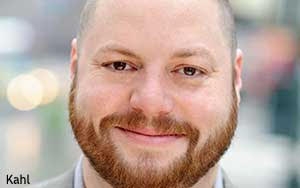 “Rich media ad formats that rely on Flash are likely to default … almost 100% of the time,” says the report. “5.35 billion rich media impressions served to mobile devices were squandered in Q1 of 2015.… Left unchecked, at least 33 billion Flash impressions will default in 2016, resulting in the loss of nearly 400 million interactions.”

The study comes as part of a new series led by Andy Kahl, director of research at Sizmek. “[We wanted to] freshen up the idea of benchmark numbers — provide a little more narrative and analysis,” says Kahl, noting that the reports will be issued semi-monthly and will focus on different areas of the industry. This first report focuses on waste in mobile advertising.

When an ad defaults, it reverts to a single, static image — meaning that clicks are the only opportunity for interaction — and “click through rates on standard, static banners on mobile devices [are] as low as .28%,” according to the report.

“In most cases,” says Kahl, “the advertiser ends up paying as if [a defaulted Flash ad] is a rich media campaign, so there is waste in terms of dollars spent.”

Flash has never had native support on iOS devices, and Android has not supported it for the past six versions. So what could a marketer do to reduce spending waste? The short answer, according to Kahl, is to switch to HTML5. The study says that “interaction rates for HTML5 ads on mobile devices were 1.53% in the same period,” concluding that “HTML5 ads outperformed their defaulting Flash cousins by 400%.”

It may be that marketers aren’t aware of how many of their ads are being delivered to -- and defaulting on -- mobile devices. “The idea around these ads ending up on mobile devices when it’s unintended throws a big question mark into the woods on how these campaigns are being run,” says Kahl.

Flash’s incompatibility with mobile is a known problem in the industry, but the scope of the issue does not seem to be common knowledge for marketers. “It’s a case of underestimating the risk,” says Kahl. “Astute and forward-thinking Flash developers have seen this coming for a while … so there’s some momentum gathering through the efforts of those early adopters.”

The Sizmek Mobile Index report predicts that HTML5 will become the industry standard for mobile ads. And Kahl says a mass switch to HTML5 ads would not have much of an effect outside of mobile. “HTML5 is compatible with desktop/laptop and mobile environments,” he notes. “The default rates for HTML5 rich media [are] very close to Flash on desktops and laptops.”

Citing an average 7.2% HTML5 default rate, compared to 6.6% with Flash, he adds, “with Google’s recent announcement that Chrome will 'intelligently pause' Flash content to save battery life, the move to HTML5 will have a benefit across devices.”

The Sizmek report does not provide hard numbers on the cost of all this waste, he says, explaining that it’s more effective to stick with numbers of delivery, which would “then hopefully compel marketers to audit themselves.”

The report didn’t include non-rich media formats like simple standard banners or impressions served to other devices like smart TVs.