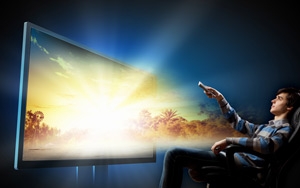 When it comes to home entertainment -- buying or renting specific movies or TV programs -- few consumers have shifted entirely to digital viewing methods.

Nielsen says just 12% have moved to digital-only access for specific movie/TV content, with over half using a combination of physical and digital. Twenty percent only use physical methods for their movie and TV content.

Although more time is spent by consumers viewing digital content, Nielsen says, the physical transactions of movie/TV discs continue to lead in terms of consumer dollars -- amounting to almost twice as much as digital.

Looking broadly at the home entertainment picture, 47% of consumers' overall entertainment dollars are spent per month on a cable/satellite/telco services.

The study says nearly one in five consumers only buy or rent TV movie content and have not seen a movie in the theater in the past six months.