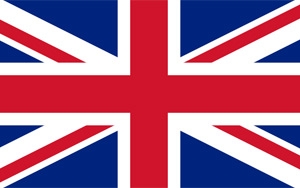 With a push to build its presence in the United Kingdom, Merkle announced the acquisition Tuesday of dbg, a U.K.-based performance marketing agency, focusing on data services such as marketing automation, and database marketing.

The data layer that dbg brings will support existing search advertising and other services offered, in part, through the acquisition of Periscopix in 2015. The dbg acquisition marks the second in a series of planned European purchases to establish a European hub in the U.K., which is second only to China as one of the agency’s largest international markets.

The team of 140 will join Merkle’s Marketing Solutions Group, bringing the agency's total number of U.K.-based employees to more than 300, about 3,000 worldwide, supporting brands RBS.

Tim Berry, former president of Merkle CRM, will step into the position of Merkle Europe's president, relocating to London to build the company's U.K. presence. Berry told Search Marketing Daily that the acquisition brought in new clients such as Renault, which will assist Merkle grow its presence in the U.K. by 50% in 2016. "Many of dbg's automotive clients are new to Merkle," Berry says, which is one of agency's strategic focuses. "There's some overlap between dbg and Periscopix clients, such as Ted Baker. There's some overlap with U.S. clients, but not as many."

The dbg agency also remains one of the larger Adobe and IBM partners in Europe, which Berry thinks the U.S. can learn from. He expects the new market segments, clients and partnerships in the U.K. will help to contribute about 15% to Merkle's worldwide business in 2016.

Merkle's executives have spent the past year working to understand the U.K. marketplace and clients' needs. The plan is to create the Merkle of the U.S. in the U.K. The acquisition brings a layer of data to advertising and marketing services, but Berry sees gaps in several media segments such as search engine optimization (SEO) and social media, adding to paid-search advertising and display. He says the agency in the U.K. somewhat supports SEO and social, but the plan will improve its offerings.

Berry says dbg also brings some capabilities in email marketing, but he sees the agency potentially expanding on the media segment, along with inbound channels such as Web sites and and call center support. Expect to see one more acquisition this year, he says, to round out support.