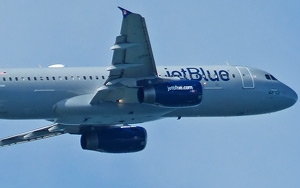 JetBlue is back on top of the airline category in the 2016 Customer Loyalty Engagement Index, displacing Air Canada, which fell to second.

“The category is driven by airlines that help ease the effort of travel, whether it’s for business or pleasure,” says Brand Keys CEO Robert Passikoff. “It just goes to show how snacks and an apparent concern for the traveler go a long way.”

In the hotel category, Wyndham Microtel was the top finisher in the economy segment, followed by Red Roof Inn, Howard Johnson Express, Super 8, America’s Best Value Inn, Days Inn, Econo Lodge, Motel 6 and Travelodge. Red Roof and Howard Johnson were both up this year, while Motel 6 fell in the rankings.

“Hampton Inn did it by not forgetting to leverage a real sense of value, as well,” he says

For upscale brands, Omni finished first followed by Embassy Suites/Marriott, Renaissance, Hyatt, Hilton, Sheraton, Radisson, Wyndham and Westin/ Doubletree. Omni is new to the list this year. Hyatt and Hilton moved down from the first and second slots last year.

Finally, Ritz-Carlton was the top luxury brand followed by InterContinental, Loews, Four Seasons, Fairmont and W Hotels. Ritz moved up from the fifth slot last year and InterContinental is up from No. 4.

“There’s a real continuum of engagement values that build on one another when it comes to hotels,” Passikoff tells Marketing Daily. “Economy hotels are all about having a reputation for value. Mid-scale is about value, too, but brand reputation matters as well. For upscale hotels, it’s all about brand reputation, and luxury is about the brand reputation plus a sense of five-star treatment. All the brands that ended up number one in their segment better met the expectations consumer held for those engagement/loyalty-driving values.”

For regular beer, Sam Adams finished first again, followed by Coors, Corona/Dos Equis, Busch/Stella Artois, Michelob, Miller, Heineken and Budweiser. Dos Equis and Stella are new to this year’s list, while Michelob was down from the no. 2 spot last year.

For tequila, Jose Cuervo took the top spot followed by Jon Julio/Patron, Sauza, 1800 Juarez, Herradora and Cazadores. This is a returning category, last tracked in 2012.

In vodka, Svedka was the top brand followed by Grey Goose, Absolut, Smirnoff/Tito’s, Skyy/Stolichnaya, Ketel One/Ciroc, Popov/Pinnacle and Finlandia. Svedka moved up from No. 4 to replace Grey Goose.

Engagement values that drive engagement differ from category to category in the alcohol segment, Passikoff says.

Light Beer is entirely related to a craft-like image, which is why Natural Light moved up. Regular Beer is social-occasion based: Is it right for what I’m doing right now? Does it fit? Two new brands appeared on the list: Dos Equis and Stella. Michelob moved from No. 2 to No. 8.

“It appears that nothing is special about Michelob, which is interesting since that used to be its entire raison d’être,” Passikoff says

Whiskey has become more popular and showed the biggest category growth over the past couple of years, which is why it was added to the CLEI.

“That’s the same reason we brought back tequila, which has been off the CLEI for two years now,” Passikoff says “Brand Image and drinker self image drive the category and brand engagement and loyalty, which is why top-shelf brands show up on top.”

Vodka has been losing its appeal. Millennials are moving to whiskies, but the sense of brand image and versatility still drive the category, he says.

“That’s why newer brands, like Svedka, showed up on top this year,” Passikoff says. “But in this category novelty is fleeting (Tito’s is now tied for No. 4). That said, despite the category weakening, Grey Goose, Absolut, and Smirnoff are the perennial favorites, driven by sense of smoothness, versatility, and value respectively.”

For credit cards, Discover finished first followed by American Express, Capital One, Chase, Visa, MasterCard, Citibank, Bank of America and Barclaycard. Amex was tied with Discover last year but moved to No. 2

In the car insurance segment, Progressive/Geico are tied for first followed by USAA/Esurance, Nationwide, Allstate/State Farm and Liberty Mutual. USAA moved down one spot and Geico moved up three.

“Values that drive the engagement and loyalty in the following categories explain precisely why the brands that ended up No. 1 were seen as best meeting consumer expectations for their respective categories,” Passikoff says.

For banks, top finishers offered a trusted sense of customer service, since they all offer essentially the same services, he says. With credit cards, it’s about  empowered benefits and rewards.

“You have to move beyond airline points,” Passikoff says. “Discover discovered how to do that and have been on top for 20 years now."

In the car insurance category, top brands have a reputation for customers being covered and getting coverage for value.

“That’s why Progressive and Geico have moved into the No. 1 spot. It’s also why Essurance move up from the bottom of the list to tie for No. 2,” he says.

For the 2016 CLEI, Brand Keys surveyed 42,792 U.S. consumers between the ages of 18 and 65, drawn from the nine U.S. Census regions. Most (70%) were surveyed by phone; 25% face-to-face (to identify/include cellphone-only households); and 5% online. The proprietary research technique/statistical analyses have a test/re-test reliability of 0.93, which provides assessments generalizable at a 95% confidence level.