The Future Of The Workplace 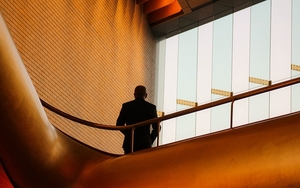 I noticed a post a few weeks back that said many companies are abandoning their sprawling suburban campuses and are moving back to the city. I found this interesting, because where we work, like so many things in our lives, seems to be in the midst of disruption.

The psychology of the workplace is now a thing. It never used to be. In fact, my youngest daughter is focusing on exactly that as she pursues her post-grad thesis. In the Frederick Winslow Taylor-induced hangover that most of corporate America has been trying to get over in the past several decades, workers were considered machinery. Which was a step forward. Prior to that, they were considered grist for the mill. At least Taylor, who helped pioneer the field of industrial engineering in an attempt to improve workplace efficiency, recognized that well-maintained machinery worked better than neglected machinery.

But there have been a significant number of studies looking at how the psychology of the individual contributes to the corporate bottom line. Some interesting paradoxes are emerging -- many of which deal with the nature of the workplace.

We used to think of all workplaces as factories. They were built where land was relatively cheap, which led to the whole concept of the suburban campus.

But we spend a lot of time at work. We should be happy there. And our work life should not be out of sync with the rest of our lives. So being exiled to the corporate hinterlands of Blandsville, Conn. or Nondescript, N.J. may not fit very well with our life plans anymore. We want workplaces that are close to where we choose to live. We want an integrated work-life balance, not an artificially divided one.

The location of our office isn’t the only thing being disrupted. Should we even go to the office at all? Telecommuting has been explored as a viable option by a number of companies.

When I was CEO of my own company, we tried our own telecommuting experiment. The rationale is pretty compelling: If you just need a computer and a connection to work, why bear the expense of all the trappings of a formal office? Additionally, it allowed us to recruit in cities where we didn’t have an office. Finally, there was little doubt the majority of our telecommuting employees were happier with the new arrangement.

For us as employers, however, the results were mixed. When our company was acquired, the new owners ended the telecommuting experiment. It was not a popular decision with our employees. I initially fought against it, but eventually, I came around and supported the requirement to share a physical space.

This was a few years before Marissa Mayer brought the same hammer down on the telecommuting employees of Yahoo. The infamous memo was sent at Mayer’s behest by Yahoo’s HR head, Jackie Reses, on Feb. 22, 2013.

Here's an excerpt that provides context for the decision:“That is why it is critical that we are all present in our offices. Some of the best decisions and insights come from hallway and cafeteria discussions, meeting new people, and impromptu team meetings. Speed and quality are often sacrificed when we work from home.”

We found the same thing. While employees loved telecommuting and were generally disciplined in ensuring we got full value from them, we missed the collaboration and creativity that comes from chance encounters and serendipitous discussions.

One could make a strong argument that telecommuting might be more efficient in terms of productivity, but an increasing number of studies show that effectiveness is often sacrificed.

Like most things in the sphere of human behavior, I think the disruption of the workplace is subject to the pendulum effect. The starting point was the faceless beige cubicle satirized in "Dilbert."  As this started to change, we swung too far over to the other side, embracing the geographically unlimited possibilities of a connected workplace. But we found that something was sacrificed in the transition. The best answer likely falls somewhere between these two extremes.

I suspect that telecommuting might work well for engagement. But exploration requires some type of common ground -- literally. For example, Pentland found something as simple as all employees taking coffee breaks at the same time led to a significant increase in team effectiveness.

However the workplace may evolve in the future, I believe we’re learning that some essential element of teamwork still requires us being in the same place at the same time -- or, as John F. Kennedy once said, “breathing the same air.”

management
2 comments about "The Future Of The Workplace".
Check to receive email when comments are posted.
Read more comments >
Next story loading