Corbis Rebrands To BEN, Moves To L.A. To Focus On Product Placement 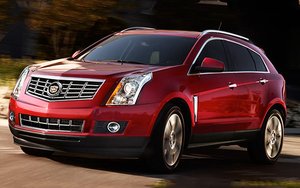 It is also relocating from Seattle to Los Angeles to focus on pairing advertisers with entertainment.

BEN did more than 5,000 integrations in 2015 into different content, according to the company's CEO Gary Shenk. "These placements, authentically woven into storylines, provide entertainment," he said.

Product placement could become the answer to ad blocking in browser-based software. The company has placed General Motors' Cadillac in "Criminal Minds" and "Hawaii Five-O"; Ubisoft in Tom Clancy's "The Division" video game; and Proxim Spirits' Cuervo into Crackle shows StartUp and The Art of More. Other brands include Heineken, and Microsoft. Most brands doing business with BEN would rather keep it hush, hush.

Shedding light on BEN's brand and media client list, Shenk said: "We literally have every script in Hollywood and upcoming piece of content in our system. We have TV shows that are coming up in a year, and music videos scheduled for release in a month."

Some 70% of respondents to a study conducted by Ipsos Public Affairs between April 11 and 15, 2015 believe branded integrations, such as product placements, are successful because they allow for a more natural and organic approach compared with traditional advertising.

The national online sample includes 100 adults ages 18 and older who work full-time in the marketing, advertising or branding industries.

Many participating in the study agree that the landscape continues to change.

About 66% said ads used today in print are less effective today compared to what they once were. Some 53% said the same about radio, and 52% about TV.

"In the day, product placement was a vanity play, and no one had any idea how it performed or if it helped the brand," Shenk said. "Now we do."

The platform can predict how a piece of content will perform for a brand within 100% accuracy, Shenk said, based on more traditional data from Nielsen, Rentrak, and comScore, as well as MRI, which measures consumer sentiment. The platform, accessible to brands and media agencies after a vetting process, also integrates social data from Shareably.

The content database includes physiographic and demographic profiles for every show. The company also established a pricing model based on how the product gets woven into the content, and how long the product appears on screen.

BEN takes a percentage of the earnings. The average cost per thousand impressions advertisers pay ranges from $20 to more than $100, compared with less than 10 cents under the product placement model, Shenk said.