Opting Out Of Super Bowl, Toyota Focuses On California On Game Day 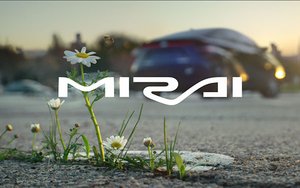 Toyota has advertised during the Super Bowl for the past five games, but this year, the car maker is airing only a local spot for viewers in Los Angeles and San Francisco.

Developed with agency Saatchi & Saatchi LA, the ad showcases the hydrogen-fueled Mirai, currently only available for purchase in California.

While Toyota decided not to air a national spot during Sunday’s Game, the opportunity presented itself in these two targeted markets to showcase new creative.

The agency was able to deliver the final product within a few weeks.

The ad explains how the Mirai utilizes advanced technology to create a more sustainable future, as well as bring technology and nature together. The ad shows exhaust from cars wilt a flower, that is then restored by the water from the Mirai, which doesn’t use fossil fuels to operate.

“We wanted to create an emotional connection with something unexpected,” says Jason Schragger, chief creative officer, Saatchi & Saatchi LA. “We want to highlight that true technologies of the future don't just have harmless emissions, they create life. The circle that nature creates exists because everything is a valuable part of an ecosystem that promotes growth in something else. Nothing should exist for itself.”

The broader campaign will launch throughout the state on February 6 — including digital and out-of-home elements – running through July.