Addante: Rubicon Restructuring Driven By 'Decision To Move Out Of Buy-Side' 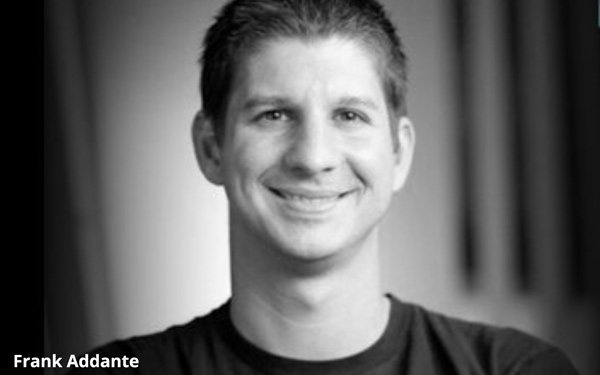 Ad-tech firm Rubicon Project has been on a roller coaster ride of sorts in the past few months. There have been high profile departures (last week, for example). News Corp. dumped a small investment in the firm. Reports emerged that the company is exploring “strategic options,” including a sale. The company exited its intent marketing business (Chango) and  laid off 19% of its staff in December.

The publicly traded company is due to report Q4 2016 and full year earnings on March 14.

So what the heck is going on besides the roiling waters of consolidation in the ad-tech sector? Real-Time Daily spoke with Frank Addante, CEO of Rubicon Project, to gain some insight.

Real-Time Daily: Last week you wrote an open letter to customers, partners, employees, and others about the restructuring that’s occurring at the company. Can you explain what it involves?

Frank Addante: We’ve been at this for 10 years. We’re not shy about being aggressive in pioneering new parts of the market. We went public in 2014 to get the currency and capital to innovate more aggressively. We placed bets on mobile, video, and orders.

But they were early bets. At the time, most our business was in desktop display. We were optimistic, but we were early. We would have to bring more ad spend to the exchange in the desktop display market, and the DSPs [demand-side platforms] weren’t growing. We couldn’t depend on the DSPs alone.

When we decided to pursue the buy side of the business, we acquired Chango, an intent marketing business, to accelerate spending in our marketplace. At the time, it made sense.

RTD: What does the restructuring involve? It looks like a merry-go-round.

RTD: What caused the road bumps for Rubicon?

Addante: Acquiring Chango, the intent marketing business, was no longer necessary because he other growth areas were performing better. Orders is a more efficient way to achieve this same results. The Chango acquisition didn’t work out the way we wanted it to. With desktop display, we misread the market.

On header bidding, we look at it as just another integration point. We didn’t lose any customers because we were "late to header bidding," but what happened is that smaller solutions were getting in front of our exchange and siphoning off impressions before our exchange even had a chance to see them.

For example, it would be like Uber drivers were all in New Jersey and someone cut the bridge off and they couldn’t get into New York. It would be like the supply not reaching your exchange. We refocused resources to put our own header bidding integration point into the market.

In Q2, our header bidding business reached $120 million. We placed some engineering resources toward integrating the desktop display market and header bidding.

RTD: What about the shift that’s taking place to server-side header bidding?

Addante: We’ve lost a lot of market value because of header bidding, [but] it’s important to our customers.

Header bidding does two things for us offensively: With our orders product, header bidding opens new opportunities for us. It also gives us the ability to get in font of Google’s ad server.

Cookie tracking is a big problem for server-side header bidding because buyers need to use cookies for targeting. To do that, sever-to-server is incredibly challenging. In order for a buyer to target a user, they have to drop their own cookie on that page.

Our restructuring is driven by our decision to move out of the buy-side business. That was the catalyst that drove the restructuring. We haven’t made any cuts in growth areas. But Rubicon is out of the intent marketing business. Advertising is a dynamic market, and automation is new.

RTD: Apart from Chango, in late 2014 Rubicon acquired iSocket and Shiny Ads. What are those acquisitions doing for Rubicon?

Addante: We’ve integrated the teams and technology successfully into the business. Both acquisitions were made to help with our direct orders business for automated non-guaranteed inventory.

RTD:You’ve struck some other partnerships. What are they going to help you with?

Addante: In December 2016, we announced we’re working with Clear Channel Outdoor to sell digital billboard ads using automated ad sales technology. The iHeartMedia subsidiary plans to use the system to sell ad space on 1,000 of the digital billboard screens it owns across the U.S., including those located in some major airports. We’ve also struck deals with SoundCloud and Spotify to automate their premium inventory.

RTD:What are some high points for Rubicon?

Addante: We’ve had 10 consecutive quarters of positive AEBITDA (Adjusted Earnings Before Tax, Depreciation and Amortization) through Q3 2016 as a public company, and 18 quarters of positive AEBITDA through Q3 2016 as both a private and public company. One billion dollars in ad spend runs through our exchange. We have $200 million in cash on hand. The management restructuring is the final step in our restructuring initiative. We believe it will enable us to reallocate resources to invest in growing our marketplace, technology, and R&D, including mobile, video, and orders.