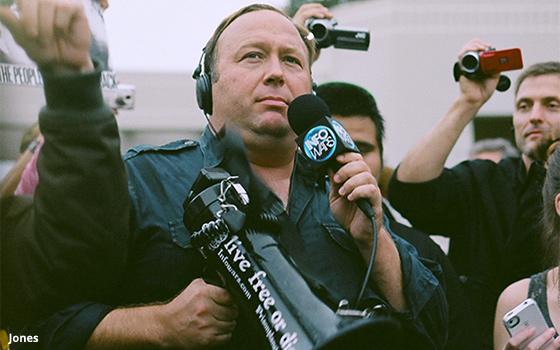 Apple late Sunday removed all episodes and links leading to “The Alex Jones Show” and four other Infowars-related podcasts from Apple's iTunes and Podcast apps.

The Infowars shows were removed from Apple’s directory during the weekend for failure to comply with the company’s guidelines designed to create what Apple calls a safe environment for users. The content focuses on hate themes, a clear violation of Apple’s policies.

A quick search on Monday in the Apple App Store under the News category revealed some of Jones’ content still available for download, such as “Infowars Official,” and “RealNews with David Knight.”

Apple, in its content policies, says it reviews app content and search ads, but says nothing about whether it monitors podcast content before making it available through a link to download. It does have strict guidelines that prohibit any type of violent or racial content, along with other types of references to sex, violence, drugs and profanity.

Search Ads on Apple follows the same content policies. Apple states that it reviews content for search ads and apps to give App Store users a positive experience with Search Ads. “If you violate any of these, your app will not be eligible to participate,” according to the company’s website.

The removal of the content highlights an interesting dilemma for platforms: how to avoid infringing on free speech and still have the ability to remove hateful messages or those related to conspiracy theory. For Apple, eliminating content is rare, but those messages by platform providers suggesting they will no longer tolerate the imbalance are being sent by several media or platform companies, not just one.

On Monday Facebook said it deleted four pages belonging to Jones, also citing the social network’s policy on hate speech that attacks or dehumanizes others.

Facebook removed the videos and pages last week as a result of reports received. The pages that were removed included the Alex Jones Channel Page, the Alex Jones Page, the Infowars Page and the Infowars Nightly News Page. The social site also placed Alex Jones on a 30-day block for his role in posting violating content to these Pages.

“If someone violates our policies multiple times, their account will be temporarily blocked; a Page that does so will be unpublished,” according to a blog post in the company’s Newsroom. “When a person is in a temporary block, they can read things on Facebook, but they can’t like, comment or post. If that person is also the admin of a Facebook Page, the block prevents them from posting to the Page.”