Eye On CBS: Without Moonves, The Future Is In Flux 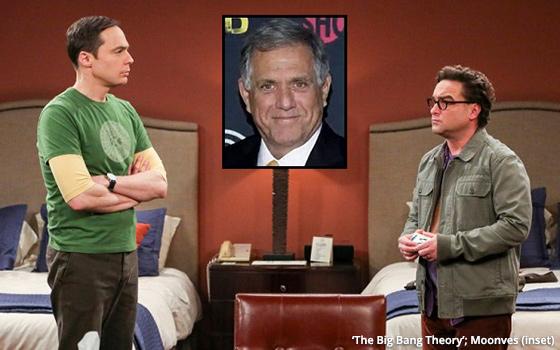 With Leslie Moonves at the helm, assisted by a cadre of company veterans (generally speaking, an overwhelmingly male group), CBS has remained squarely and profitably in the old world.

While undertaking some forays into the new world (the CBS All Access SVOD service being one example), Moonves nevertheless clung steadfastly to his belief that the traditional way of making money in the television business was to create shows that draw mass audiences and then sell ad time within them.

The Les Moonves who was the public face of CBS was a charismatic guy who thrilled audiences at CBS's upfront every spring at Carnegie Hall with his infectious faith in the power of broadcast television.

Indeed, CBS today is a rarity in the TV business. CBS All Access notwithstanding, the company is primarily in the broadcast television business -- operating a network and managing its affiliate relationships, owning local stations in the nation’s biggest markets that it has owned since the Year One (and other properties it bought along the way) and in case anyone forgot, maintaining a very significant presence in first-run syndication.

The company makes money in at least three ways: Commercials on its network and owned-stations, fees it demands from its affiliates, and syndication license fees for the top shows in that business, including “Wheel of Fortune,” “Jeopardy!,” “Judge Judy,” “Dr. Phil,” “Entertainment Tonight” and others.

In the syndication world -- and the broadcasting world in general -- these are among the most stable and longest-running hits in the entire industry.

But like so much at CBS, these cash cows are aging. Sorry for singling out Judy Sheindlin to make this point, but the star of “Judge Judy,” for example, is 75. How much longer can she continue?

Throughout this summer's two New Yorker stories about Moonves and the sexual misconduct allegations that led to his ouster from the company this past Sunday, there were also hints and suggestions that CBS itself was showing its age.

Describing CBS, one CBS News producer quoted anonymously in the first of the two stories last July said, “[CBS] is an old network. Everything in there feels old: the people, the furniture, the culture, the mores.”

Some might read this and question the relevance of a company's outdated furnishings, especially if the company itself is still operating substantially in the black.

But symbols do matter, particularly in a rapidly evolving, technology-based business such as television in an era when everything is changing.

And yet, CBS right now seems mired in its past. In two weeks, the network will premiere its new fall shows, anchored primarily by two old ones -- a new “Magnum P.I.” and a new “Murphy Brown.”

At the same time, its biggest hit, “The Big Bang Theory” (pictured above), is entering its final season.

Even CBS All Access, which represents the new and possibly the future way of doing business in television, was launched with a “Star Trek” spinoff.

Looking ahead, perhaps the best way for CBS to achieve the scale it will need to compete with rivals such as Disney and Comcast in the years to come will be to first merge with the Viacom cable networks (as loathsome as that might be) and then get sold to, and absorbed by, a much larger company (maybe even Disney or Comcast).

But under the agreement hammered out this past weekend, Shari Redstone -- president of National Amusements Inc., which controls both CBS and Viacom -- is reportedly prevented for two years from pressing for the merger she desires between Viacom and CBS.

While that might seem to place CBS in limbo for 24 months, it is also true that two years is not a long time; it will pass quickly.

In the meantime, CBS will chug right along with its various revenue streams intact. As for its prime-time development, there are probably still plenty of old shows to revive before the end of CBS, as we have long known it.

broadcasting, tv
1 comment about "Eye On CBS: Without Moonves, The Future Is In Flux".
Check to receive email when comments are posted.
Next story loading