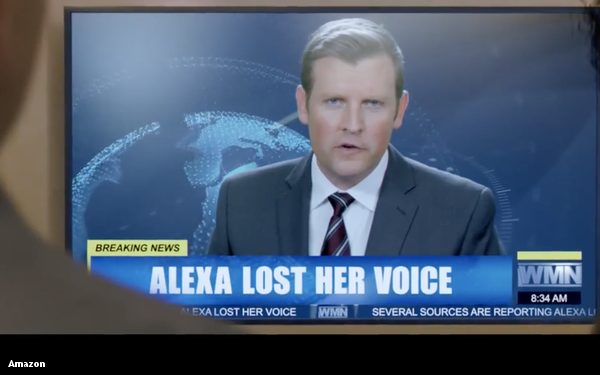 YouTube on Monday released its list of the most-watched ads and most-most-watched video-game trailers on its platform.

The list reflects the ads that broke through the clutter to become part of the larger culture. Last week, the company released its "ads of the year" for 2018, based on votes from users on the platform. The list released Monday reflects engagement and views.

Media agency OMD represented 18 of the 20 videos on the list, as did the creative agency Wieden+Kennedy.

The No. 1 ad on YouTube in 2018 was actually from a competitor: Amazon. The shopping giant’s Super Bowl commercial “Alexa Loses Her Voice” garnered more than 50 million views, 10 million more than the second-place finisher.

The second-place ad was YouTube, in an ad for its YouTube Music subscription service. Another tech giant, Apple, also cracked the top 10, placing 8th with an ad for its HomePod.

Other ads that cracked the top 10 were India’s Oppo F7, which placed third, Nike, which placed fourth with its surprise Colin Kaepernick ad, and Turkish Airlines, which placed fifth. Groupon, Samsung, Gatorade and Lego Jurassic World rounded up the top 10.

Humor was a predominant part of every ad in the top 10, with the exception of the Nike ad and the YouTube Music ad. Also, celebrity cameos by people like LeBron James, Serena Williams, and Cardi B made appearances in six of the winners.