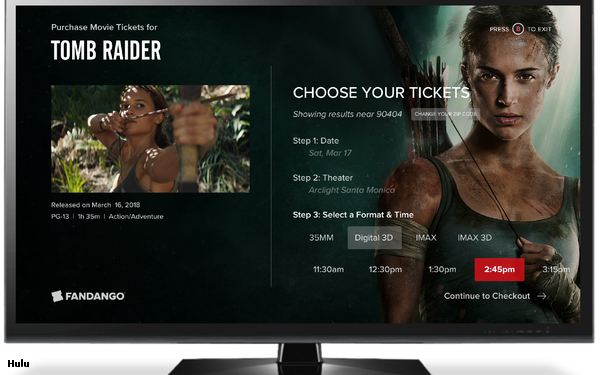 Social media platforms such as Facebook and Instagram may have helped spur the wave of targeted direct-to-consumer (DTC) brands that have hit the market, but streaming TV may be where the category expands.

That is one key takeaway from new research commissioned by the video ad platform Telaria and Hulu.

In addition, there was a positive correlation between adding streaming TV to the media mix. DTC shoppers who watched both streaming and linear TV were two times as likely to buy a product after seeing an ad that those consumers that only saw on linear TV.

One possible reason for that lift is relevancy and targeting through streaming TV, which is far more refined than linear offerings. The research found that 82% of DTC shoppers take action after seeing an ad for a DTC brand through a connected TV device or service.

“To date, direct-to-consumer companies have been remarkably successful in developing brand identity in an accelerated window, while simultaneously driving conversion. But they have outgrown banner ads and sponsored posts on social media,” says Jennifer Catto, CMO at Telaria.

DTC brands such as Casper and Harry’s have long used the targeting capabilities of platforms like Facebook to reach key consumer groups. As they grow, however, the scale of television has become more attractive, allowing them to reach consumers they may be missing through social media.

One of the benefits of connected TV and OTT is that they can combine the reach of TV with enhanced targeting capabilities DTC brands use.