Cross-Channel Digital Attribution Is The Way Of The Future 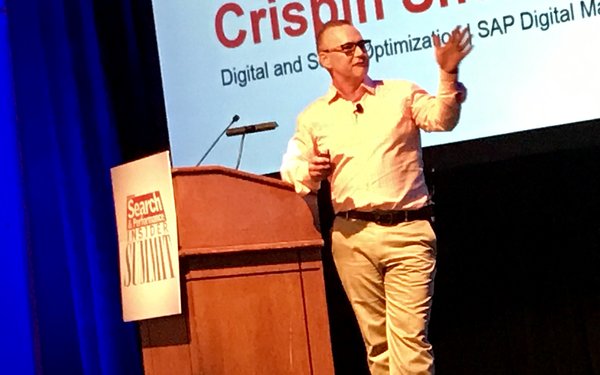 "Incubator in chief" Crispin Sheridan, VP digital and social optimization, SAP -- who has been with the company for two decades -- actually brought social media into the company and also cross-channel attribution. He spoke about the latter and the journey that begins with the customer.

It brings marketing and sales along for the ride. It interacts with digital and offline media at all times. "You can't focus on a silo," said Sheridan. "It will seek out content through any channel or space and what kind of messages they're interested in. We have a saying: 'Stop selling, start helping.'

"Enterprise software purchase is a complicated process. Imaging how many digital touchpoints go into it. Any model like last click, for example, is never going to be exactly right for every solution."

He pointed out that 77% of global transaction value goes through an SAP system. "We like to say we give you the biggest bang for your euro or any currency you're working in."

With multi-touch attribution, he said, think of media as a relay race. "Give appropriate credit to all your runners. Or you have last-click value that goes only to the last runner."

Using multiple touches like social, search, display, email, and conversion, sometimes you get a result. It varies by product and country.

One must ask what cross-channel attribution will allow you to do. "Understand how your channels are working together to support your goals, where to spend your money to get maximum value from your recipe, where you are on the S curve on each channel to get the highest-performing recipe.

"And when budgets change, know where to change your allocations. "Often, paid search was the largest cut, where paid search/paid media in final months of the year is the most valuable."

Sheridan noted that results of a recent effort in cross-channel attribution done by SAP: