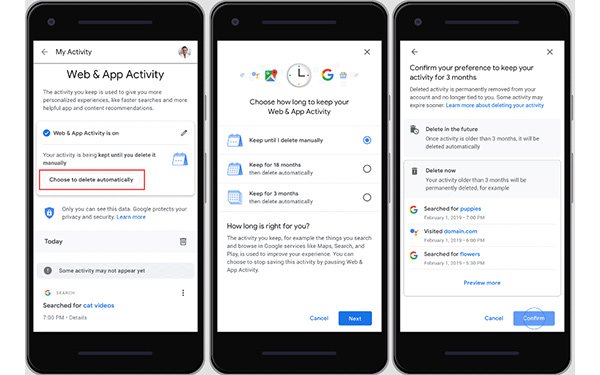 Google on Wednesday introduced an auto delete function that will allow users to delete data about their search and location.

The new tool automatically deletes a person’s Location History, as well as web and app Activity after a specific time period.

The feature, announced Wednesday, will roll out in the coming weeks.

Google said users already can access their account for “simple on and off controls for Location History and Web & App Activity, and if you choose — to delete all or part of that data manually.”

Last year, a Google revised help page attempted to clarify how Google tracks mobile phones on certain apps even when the location history is off. It’s called electronic tracking.

Google came under fire after the Associated Press released findings from a three-day investigation, which revealed that Google apps track the phone’s location even when the Location History in the phone is turned off.