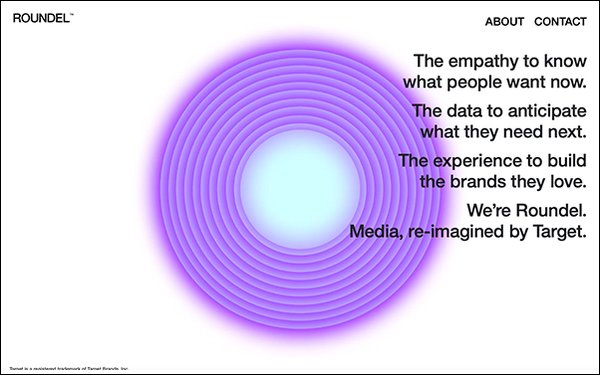 Target Media Network, the digital advertising network owned by the retail giant, is rebranding as its business expands.

Roundel, the new name for Target Media Network, references the Target brand, while attempting to forge a new corporate identity.(Roundel is a synonym for a ring or circle.)

“The look and the feel is different, but what hasn’t changed is the commitment to making media more than just unavoidable, we actually believe it can be irresistible,” Kristi Argyilan, president of Roundel, told attendees at the company’s newfront presentation Thursday. “Ultimately, Roundel is a fresh identity to take our media business to the next level, because we are not just operating a retail media network.”

Roundel will still be built around Target’s first-party data and will “always be your bridge to our Target guests,” Argyilan says. The company wants to keep growing its ad network into new areas, such as linear TV, adding its new brand will “reflect our unique position and fuel continued growth.”

Target launched the Target Media Network in 2016, and it now counts more than 1,000 clients across a wide variety of categories. While CPG companies that may sell products at Target are well-represented, it also counts firms like Mastercard, Disney, and Allstate Insurance as clients.

The business is built around business goals and outcomes, so a client releasing a new product, or driving sales during a key period, would work with Roundel to develop and deploy a campaign designed to meet those goals. Roundel would bring in its own first-party data, as well as other data, to measure outcomes.

The network operates on Target-owned platforms, such as its websites, social channels, and video channels, but also on third-party sites from companies like Hearst and Meredith.

“Today, we want to pledge to do something few in the media business have done to date.” Argyilan said. "We want to balance the math and the magic that comes from taking the IQ and marry it with the EQ, the emotional intelligence.”