Google Maps Thanksgiving Holiday Traffic: No, Not That Traffic

Are you traveling during the Thanksgiving Day holiday? Google Maps offers a feature that can estimate the best and worst times to travel.

By crunching anonymized data — such as speed and location — the company can provide insight into the places people visit around the holidays and the best times to get there, or stay off the road.

More people are on the move the Wednesday afternoon before Thanksgiving Day across cities such as Philadelphia, St. Louis, Los Angeles, Dallas, and Tampa. A feature called “When to hit the road” can tell people in major cities the best time to travel. For example, clicking on the dropdown menu tells commuters that in Los Angeles the best time before Thanksgiving to travel is on Wednesday at 2 a.m. and the worst time is on Wednesday at 4 p.m.

The American Automobile Association (AAA) predicts that more than 49.3 million Americans will drive 50 miles or more this Thanksgiving holiday weekend, the most since 2005.

Google also identified the most popular times to visit bakeries, grocery stores, liquor stores, movie theaters, and shopping centers during the Thanksgiving week. Bakeries peaked at noon on the Wednesday before Thanksgiving Day. Grocery and Liquor stores were busiest around 6 p.m. 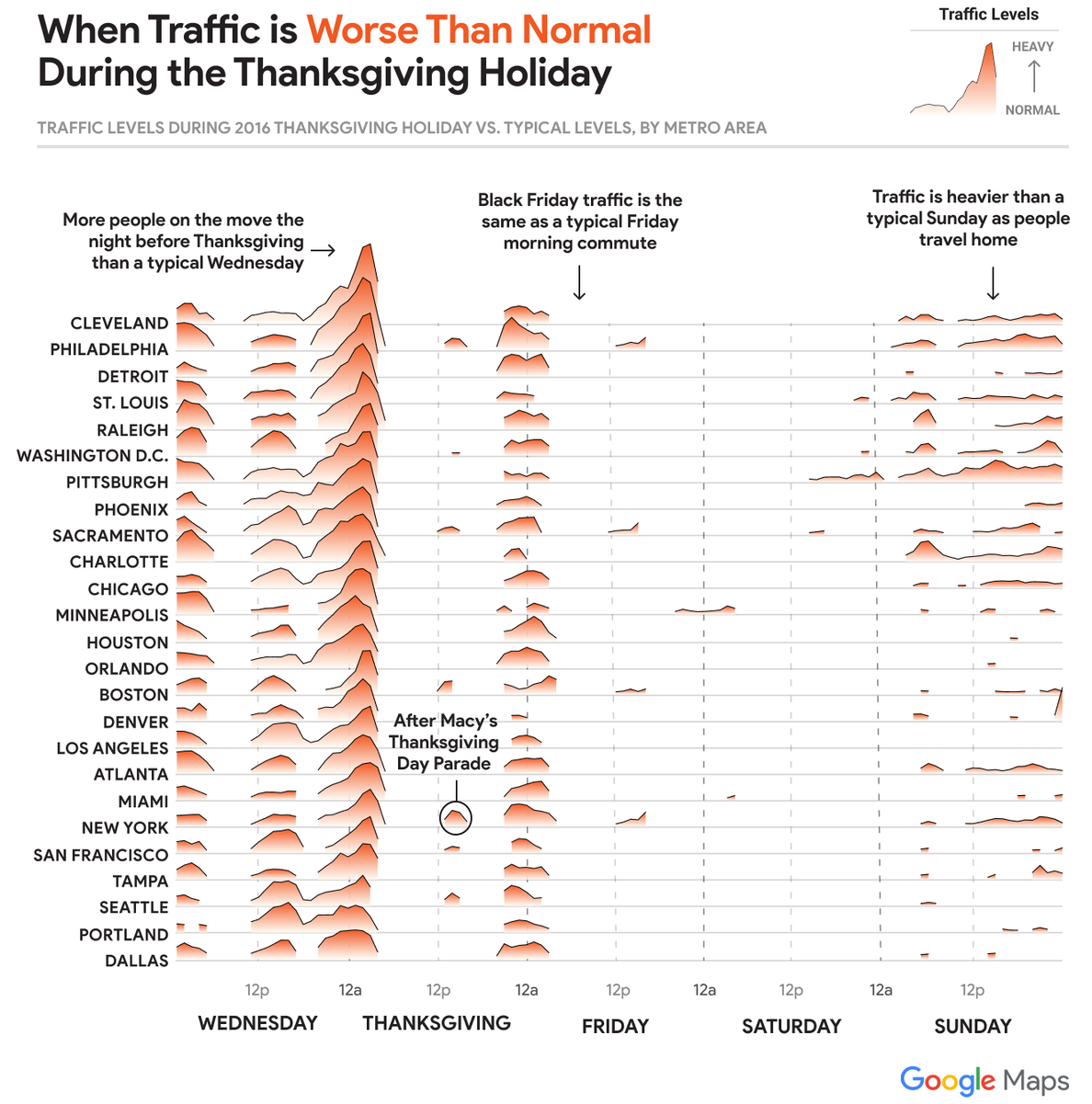