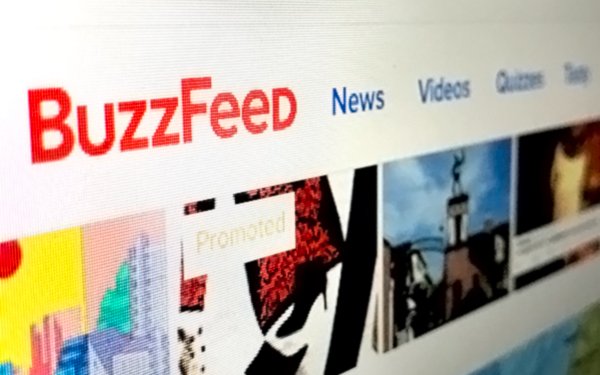 Ben Smith, BuzzFeed News’ founding editor-in-chief, announced on Tuesday he was stepping down to become the media columnist at The New York Times, beginning March 2. Smith joined BuzzFeed as editor-in-chief in 2012.

Smith replaces Jim Rutenberg, who has written the NYT column for the past four years. Last week, Rutenberg was named writer-at-large at The Times newspaper and magazine.

"The role of media columnist is essential at The Times," executive editor Dean Baquet, managing editor Joe Kahn and business editor Ellen Pollock wrote in a memo sent to Times staff. "It was pioneered by and largely shaped by the late David Carr, who with passion and insight, captured the rise of digital outlets and the collapse of the newspaper advertising model, the power of WikiLeaks and the misconduct of medial moguls."

BuzzFeed’s search for a new editor will include both internal and external candidates, according to multiple reports.

The company is still looking to hire a president to work under CEO Jonah Peretti and oversee the publisher’s efforts to diversify revenue beyond digital advertising.

BuzzFeed has been without a president since 2017, when Greg Coleman left the role to become a senior adviser at the company.

“It’s been the privilege of my life to do this job, in its many iterations, for more than eight years,” Smith wrote in a memo to BuzzFeed staff. “The notion that BuzzFeed could play a major role in shaping global news and the news business — from tweets to streaming shows — sounded crazy in 2012. Now it’s just a fact.”

Smith assumed there would be some speculation about the future of BuzzFeed News, now that he’s leaving. "The newsroom and the company as a whole are now in a strong position," he wrote. He also noted his eagerness for “a spell of writing and reporting and thinking."

Smith’s exit comes a year after several dozen employees were laid off from the BuzzFeed News department.

Peretti told Recode he expects BuzzFeed as a whole to turn a profit this year, thanks to diversified revenue streams and its commerce business. The News division remains a large, important part of the company, but not a money-making enterprise. BuzzFeed News employs more than 200 reporters and editors, with international bureaus and investigative teams.

Smith made some bold choices as editor. In 2017, he defended his decision to publish the Russia dossier (also known as the “Steele dossier”) as Donald Trump was about to take office. The private intelligence report contained allegations about conspiracy and cooperation between Trump's presidential campaign and Russia during the 2016 election.