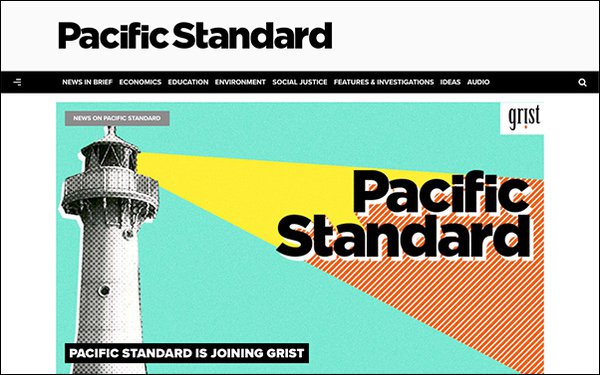 Through the agreement, Pacific Standard’s content, which includes written stories in addition to audio and video, will be available for free via its original URL, psmag.com, which Grist now owns.

Pacific Standard, which features a combination of deeply reported journalism and peer-reviewed research, was forced to shutter in August of last year after one of its major financial backers pulled funding. The magazine was founded by Sara Miller McCune in 2008 and was first called Miller-McCune.

“Preserving the stories in the archives of Pacific Standard and finding a way for the brand to live on was imperative for the Foundation after we had to make the hard decision to close the magazine,” the Social Justice Foundation Board stated.

He added it was “serendipitous when Grist approached us ... and couldn’t have asked for a better home for this beloved brand and all of the thoughtful reporting done during the lifetime of the news organization.”

Grist doesn’t have immediate plans to produce new work under the Pacific Standard banner, but will hold planning conversations around related content in the coming months.

Axios notes the outlet will bring in roughly $2,000 to $3,000 in ad revenue each month, due to the Pacific Standard’s roughly 1 million readers that continue to visit the site.

Grist CEO Brady Walkinshaw stated: “Our goal is to make sure the award-winning and critical reporting on environmental and social justice issues that Pacific Standard produced continues to live on.”