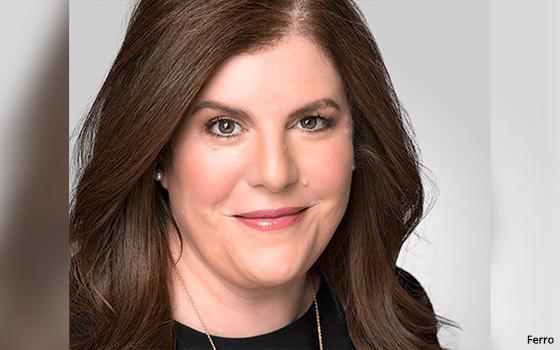 Disney Advertising Sales says sports TV advertising deal-making is slowly ramping up -- partly due to live sports coming back to TV over the next few months.

“The sports marketplace has started to move,” says Rita Ferro, president of Disney Advertising Sales, speaking with Television News Daily. “We are well on our way in terms of multi-year deals.”

Some of these sports deals were for college football on its ABC and ESPN networks.

Ferro did not disclose specifics, other than to say that “a lot of multi-year deals were up for renewal this year, and those have all now -- for the most part, with the exception of two -- closed.”

For many marketers there is a push to get deals done early, she says, because of special sponsored segments that marketers desire, such as a half-time show, the pre-game show, play of the game segments, and other areas.

Looking at the bigger picture, sports leagues/franchises are reportedly getting close to re-starting, possibly next month.

The NHL officially announced its return in July/August. The NBA is looking at a July 31 re-start, according to CNBC. Recently, the NFL announced its regular fall schedule as well.

Ferro concedes that the broader overall non-sports, entertainment-focused upfront market will be much different than in years past. “There is no question there will be some impact in advertising dollars in October, November and December. Clients' budgets are really challenged.”

In the coming months, she sees the marketplace evolving in three ways -- sports programming deal-making; some traditional upfront deals, starting in the fourth quarter; and calendar-year upfront deals beginning in January.

For the ABC Television Network, Ferro says the current third-quarter period witnessed cancellations of around 15% to 20% from TV marketers on deals made in the upfront market last summer.

Although it was much less than anticipated, the cancellations were much more than the typical, historical 2% to 3% quarterly cancellation rates.

Third-quarter ad inventory was already well sold, and made even tighter when TV marketers asked to shift media schedules out of March and April -- due to COVID-19 issues -- into the June-through-August period.

Looking at Disney’s digital media operations, this upfront season will be the first where Hulu is under full control of Disney Advertising Sales.

Ferro says Disney is merging a video advertising management platform with one at Hulu to be called Disney Hulu XP, launching October 1. For the new platform, “you’ll have one guarantee on the completion of video views covering all video views on any Disney platform. This is new for Disney.”

Disney says Disney Hulu XP will deliver an addressable audience across all screens and all content lengths with targeting options.

Disney is also combining with Hulu in offering a “unified programmatic platform” for advertisers through Disney’s supply-side advertising partners, “a single storefront across all biddable video inventory.” This will provide marketers with access to measurement as well as managing brand frequency.

In addition, Disney’s Luminate -- a unified suite for advanced advertising -- is expanding its offerings with a cross-portfolio “attribution” solution to include Hulu.

To do this, Disney is working with Samba TV for attribution across categories and conversion metrics. Key performance indicators could include offline conversion, foot traffic, digital engagement, brand lift, tune in, reach and frequency -- across linear, digital and connected TV.

With regard to fall entertainment programming, Ferro says ABC is on track to provide new TV series programming.

COVID-19 disruptions to TV series began in March with many TV series -- both returning and new shows -- having to halt productions because of the pandemic.