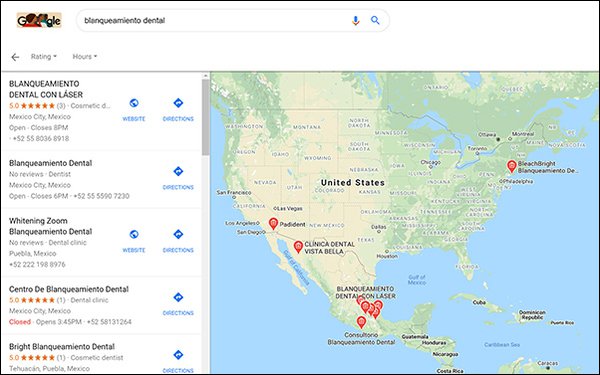 Numerous paid-search specialists are not familiar with Spanish-language campaigns because it's obvious that many do not bid on the required keywords.

“If you’re in a very competitive category like mortgage refi, in English a keyword would cost a couple hundred dollars per click,” says Jose Villa, president at multicultural agency Sensis. “If you bid on the Spanish-language version of that keyword it would only cost you a couple of dollars, which is the benefit of targeting bilingual consumers in Spanish.”

Villa says brands won’t get as much traffic from the keyword, but the traffic will cost a lot less, so the cost for conversions will “be through the roof.”

Brands need to ensure they have the Spanish-language content and landing page to support the traffic and the conversions, or Google may not approve the use of the keyword.

A recent study from Sensis for a consumer product good brand shows Hispanics are spending more time online -- about nine to 10 hours more per week -- and buying many more groceries online since the onset of the COVID-19 pandemic. The sample size across the U.S. was very small -- only about 65 consumers, he said.

Brands willing to take English-speaking versions of digital content and create Spanish-language content have a good opportunity to drive organic traffic, too, for very little investment.

“In the world we live in now, where brands spend millions of dollars to drive traffic to their websites and ecommerce sites, that’s a pretty good value proposition,” says Villa.

Google uses several signals to determine preference such as keywords, browser setting and the elusive algorithms that identify the language in which the person searches, but it’s not clear whether brands are reaching into all populations across the United States.

While in Wyoming, search for the words “teeth whitening.” Google’s Spanish translation, “blanqueamiento dental,” returned several results, with one that is a listing for a local Wyoming dentist and the other two local listings from Mexico City.

“The listing in Mexico City likely comes up because there’s no websites in your geographic area, or the U.S., that are highly ranked against those keywords,” said Villa. ”Unless there’s a dentist with a bilingual version of their website, you probably won’t see an organic listing based on that keyword.”

If a dentist wanted to target that audience and purchase that keyword in a specific geography like Wyoming, it would likely be very inexpensive and they would gain lots of traffic to their website, he said.

Lauren Rockwell, associate director of SEO at Marc USA's Cogniscient Media, agrees. She said the webmasters in the U.S. are likely not optimizing the sites correctly. “You can target language and country in the code, but it is possible webmasters didn’t set it up properly,” she said. “The sites in Mexico are likely trying to target customers in the U.S. and Mexico. This is how typically you get mixed results.”

Culture is key, and not only for the Hispanic market. It’s also important in the Black culture, which is seen through social media. In the search bar on Twitter, type #blacktwitter, defined as a communication movement that began about 10 years ago to support the culture.

“To create a publication in a different language, you also need to consider the culture and nuances,” said Dominick Miserandino, CEO at the publication The Inquisitr, who speaks about seven languages.

If given the chance he would start a publication geared toward Spanish-speaking consumers. “We do not offer it today, but it would be a smart next step to consider,” he said, adding that he would also market the publication differently. “It’s not just linguistics. It’s also the culture because some different language speakers use the internet differently.”