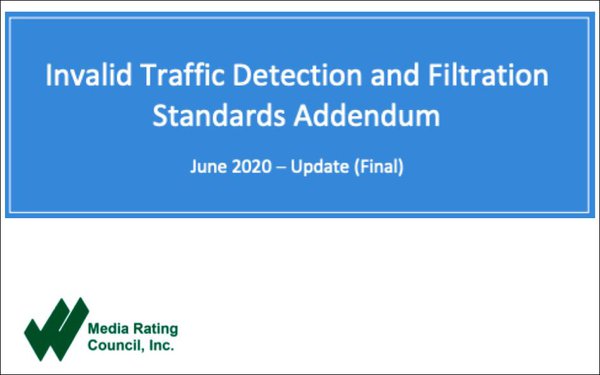 The update is an addendum to the MRC’s “Invalid Traffic Detection and Filtration Guidelines,” which were originally issued nearly five years ago, to account for new forms of fraudulent traffic threats that did not exist when the original guidelines were created.

The MRC said it established a regular process for updating its IVT standards, because it recognized that ad fraud is like a continuous arms race of innovation by fraudulent sources and detection and adoption by the ad industry, but today’s update is the first time it has issued a comprehensive overhaul superseding “all previous updates.”

While the guidelines are highly technical, they essentially set an industry standard for determining if and when digital traffic used as the basis for ad impressions is non-human and illegitimate, often because of some devious technology such as spiders, bots or another mechanism is used to fraudulently represent real people.

Some of the key revisions included in the updated standards include: