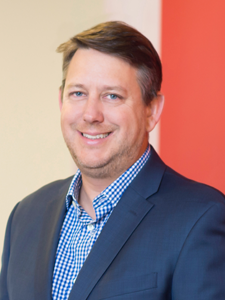 Dan Bealey is senior director of advanced TV and programmatic media at media agency USIM. We caught up with him to see how things were shaping up since the crisis has abated, at least in the Northeast.

MediaPost: How do you see this moving forward? Do you see any changes that have been made because of the crisis continuing even after it subsides?

Bealey: As this situation continues to grow and people are becoming more cautious about social distancing. I'm not sure if anybody has a real set plan. I think changing the messaging, looking at what your messaging is, is the benefit. If there is a benefit to this whole situation.

I'm going to use the casual dining restaurants as the case example. Changing your message maybe doesn’t ensure that your business is going to stay alive if this goes on for months at a time, but what it does is allow your customers to know that you're available to them and that they can order your food. I think it's just taking that moment to understand where you are as a company, and what your services to the community or the world out there are, and then realizing what your message needs to be as everybody struggles to figure out what is happening here.

MP: It seems that those who can pivot easily, who are more fluid with their content, are going to benefit more.

Bealey: For sure I would agree with that. If you're stuck on one set of content, which we have some clientele that are strictly traditional TV. It’s not easy to change up and switch that message across the board. So, you know, that takes time and it takes resources and some of those resources aren't there. I mean, in California, some of the creative agencies are shutting down because there's just not available resources. There's no money coming into their agencies and that's where I think it gets convoluted and crazy and not having that ability to, as you said, pivot and move forward quickly, you're going to be left behind.

MP: The clients who were stronger in linear, are they now starting to consider the benefits of OTT?

Bealey: We definitely got a lot more inquiries about [OTT] and it's more of a push for me as well. There are more available impressions across the board and more available impressions in the marketplace. You have an influx of availability, which then lowers the price, so we were able to come and look at that and say, hey, not across the board, but we're seeing a drop in the overall floor CPM for some of our CTV or OTT buys, and we can help you out. Or we can build that out so you can add that to your media plan.

MP: USIM is also doing some interesting things with geo-location approaches for many of your retail clients. Are you tying TV and bricks-and-mortar behaviors more tightly?

Bealey: I can't give you names, just because I don't have the authority, but for the most part a lot of our geo-location campaigns are based off of casual dining. What we've done is we've developed what we call the “trading zone", and the “trading zone” figures out through our planning team the propensity to show up at a location or show up at a certain type of location.

So if we're talking about casual dining restaurants, there is a propensity of people in this “trading zone,” which would be a ZIP code area that we've developed based off of each location of that client that we have. Inside that ZIP code area are people that have a propensity to show up at casual dining restaurants. We target that specific “trading zone,” then we actually follow those people through the advertising cycle to figure out where they have shown up and if they have shown up to the restaurants that we thought.

So we're able to serve ads within a specific “trading zone” area, track the people that are served that ad and then track their movement through or into that location. And we’re using all of this information to target a user who has a propensity to show up at a specific location, not based off of their past history at that location or that client, but their past general history. We track them once they get into the store, and then we're able to optimize our campaigns based off of that information.

MP: I also want to ask you about the upfronts, which were cancelled because of the crisis. Do you think that this is going to be the end of the upfronts as we know them?

Bealey: I don't have a crystal ball as to what's going to happen. And I know that the traditional world is very reluctant to change, but with that said, I think maybe it's not the end of the upfronts, but I think it might be defining a different way to look at them. NBC Universal incorporated OTT and connected TV as part of their upfront deals as added value. Maybe it's just a different way that these deals are going to be made. I don't see why people wouldn't start to recognize the OTT and the connected TV or the digital side of things as a more valuable player now than they had in the past. I think now more people are looking at that just because of the environment that we're in.

MP: Many of the marketers I’ve talked with use OTT and CTV more as a supplement to linear, kind of an afterthought. Do you think that will change?

Bealey: Yeah, I think it defines an opportunity that has been looked at before reluctantly, and now it justifies that opportunity of, okay, this is where the eyeballs are, and this is where people are going, so it gives them a little bit of comfort to say let's show up there now. That didn't happen. It wasn’t as widely discussed even three months ago.

MP: And with everyone now sheltering in place, how is that impacting traditional dayparting. Is daytime the new primetime?

Bealey: Yeah, which has always been the argument from the digital side and from connected TV is that primetime is all the time. It's basically when you're watching, since it is a captive audience immediately. You don't show up for the program, the program actually shows up for you. So primetime is every time.

As you go into traditional departing, I don't know what the numbers are now, but it's an astronomical amount of people who are laid off, and what are those people doing? They can't go anywhere. They're watching TV. On where are they showing up to watch TV, I don't know.

MP: As you said, with so many people laid off, they're now being introduced to all of this new programming. What do you think this will mean moving forward?

Bealey: You know when you watched OTT in the past it was basically TV everywhere, and for those people who had Apple TV or Roku, or subscribe, they could watch it, but it just wasn't the same experience. Whereas now it is a very fluid experience between the traditional TV channel to a digital channel or an OTT channel. I think that's really where the changes are.

Also, part of it is people were looking at cord cutters and non-cord cutters and building that out. I think now it is understood that if you want to hit your full audience, whether it's demo or your target audience, you need to include both because you are missing a portion of your audience just by not airing on any sort of connected TV or digital TV.

The measurement of it is the only thing that holds it back. What is the currency of these two combined basically? We just don't have a currency that can cross the border, so we use ratings for one and we use impressions for another. What do we make that look like, and how does that work? Once that is figured out to a point where everybody accepts it, I just don't see it stopping.