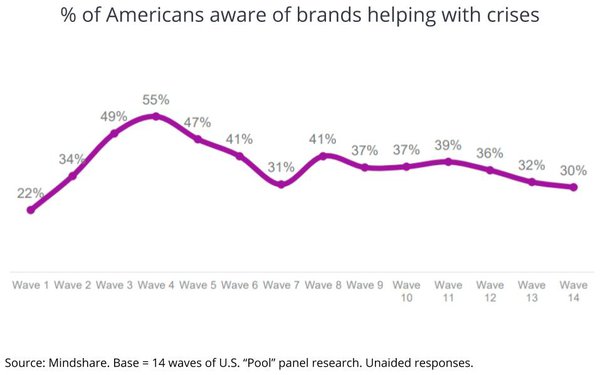 Following 14 waves of national consumer research, Mindshare's COVID-19 tracking study shows awareness of brands helping with the crisis has ebbed and now stands at its lowest point -- 30% unaided awareness -- since its first wave in March.

Online retailer Amazon remains the top brand mentioned by U.S. consumers as aiding them during the pandemic, but rival Walmart has slid behind automaker Ford's awareness.

Digital brands Google, Apple and Microsoft remain in the top in the top 10 in terms of recognition.

“I have seen a lot of companies who have been offering a lot of services to help. the most memorable ad I've seen I think was about State Farm offering money off of people's bill because people aren't actually driving nearly as much anymore," one anonymous respondent cited to Mindshare's researchers.

“A lot of brands are helping by donating supplies, money and positive words. Ford, GMC, Arizona Diamondbacks, Apple, and Toyota," said another. 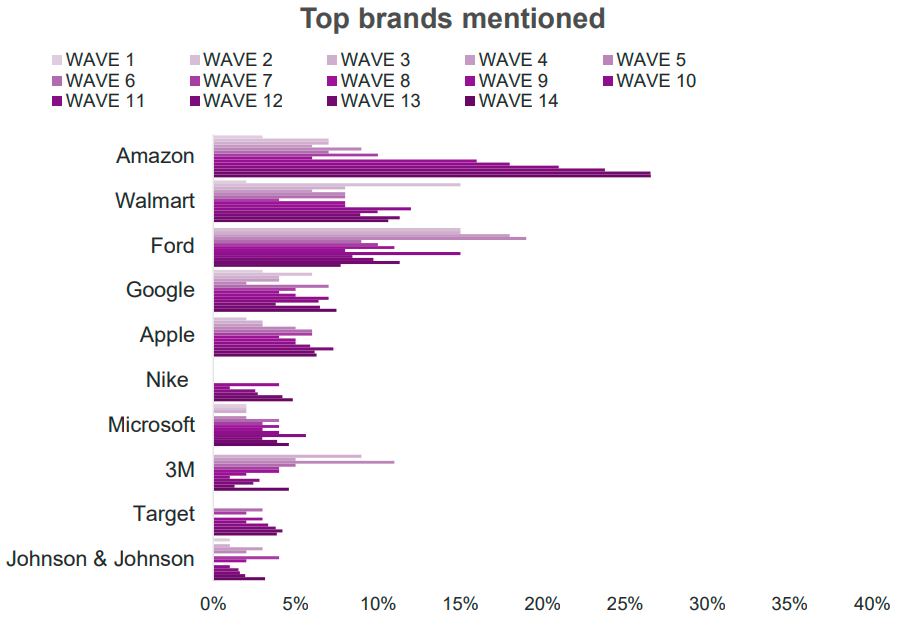