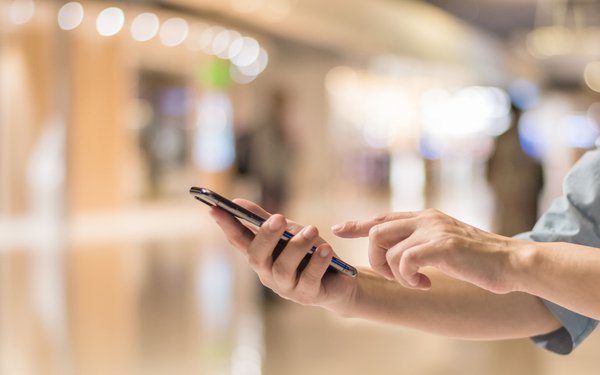 John Kelly, CEO at marketing software company Zenreach, has a unique perspective on the economy’s recovery.

“We don’t’ expect a return to 'normal' this year,” said Kelly, who has more than 20 years of experience working at companies like eBay and Yahoo. “Even if things turns dramatically, we see consumers have been much more cautious. And it’s highly unlikely consumers will make a dramatic change.”

Kelly forecasts that the country won’t get back to normal levels until there is a consistent way to respond to and address ongoing COVID-19 cases.

It's no surprise that the COVID-19 pandemic has accelerated consumer change in ways that were already underway. It forced retailers to take online more seriously. Those that offered online services early in the pandemic have fared much better than those who have not.

This also is the best time to advertise to consumers because costs are down and online engagement is up.

Zenreach analyzes foot traffic through aggregated Wi-Fi data that the company collects from consumers who walk into a physical location — retailers, bars and event spaces — and opt in for free Wi-Fi access in exchange for their email address.

The local Wi-Fi becomes a sensor, enabling Zenreach to track every device that comes into a location. The device becomes a proxy for foot traffic in the location. It gives the company access to information across thousands of merchants. The device is completely anonymous, he said, but Zenreach will know that there are 10 people in the coffee shop at 7 a.m. and they stay for an hour.

To determine the decline in traffic, the company took last year’s numbers and compared them with this year’s.

“At the beginning of this year we noticed traffic was up a couple of points in February and dropped nearly 60% by the end of March,” he said. “The nation reached the lowest point in the middle of April, where foot traffic was down 75% year over year.”

Kelly said the company thought the country would be back to normal by the middle or end of September, but since July traffic plateaued at about 48% of traffic since last year.

Political mandates by jurisdiction continue to complicate matters. Georgia had one of the shortest lockdown periods in the country. They reopened their businesses in the beginning of May. They saw a strong return in traffic numbers, about 60% by the end of June. Compared that with California and New York, which had strict rules in place, they didn’t returned to 50% by the end of June.

If you look at the way jurisdictions handled the crisis, you can divide it into the cautious vs. optimistic.

During what’s been called “a second wave” of COVID cases, foot traffic in the optimistic states declined as cases rose and New York, which was cautious continues to climb, above 50%.

“We mapped in-store traffic against COVID cases by state and can show there’s a correlation about the amount of people going into retail environments and the increase in cases,” Kelly said, adding that the data doesn’t take into consideration mask mandates.