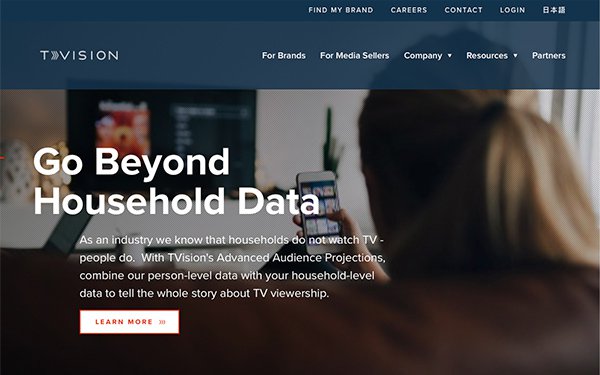 TVision says its Advanced Audience Projections (AAP) can identify who is watching TV advertising and programming. Measurement companies can incorporate this into their own first party data.

TVivision says this can improve measurement such as TV attribution, where person-level ad exposure data is tied to outcome data, co-viewing, reach and frequency, and cross-platform measurement.

Viewability -- a measure of viewers kept in the room while ads are onscreen, is percentage of all ad impressions in which a viewer was in the room for two or more seconds

Attention -- a metric of TV commercials holding viewers’ attention while they aired, a percentage of all ad impressions in which the viewer was looking at the TV screen for two or more seconds.

Creative Attention -- looking at an ad’s ability to grab the audience’s attention, compared to other ad content in the same commercial pod. This is a percentage of an advertisement’s total run time that viewers spent with their eyes on the screen.