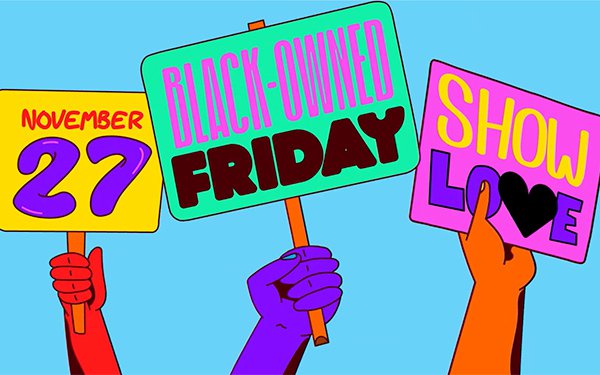 The animated anthem jingle for Google’s #BlackOwnedFriday campaign is an innovative social campaign that Jean partnered with Google to create, along with the U.S. Black Chambers and BBH NY.

The campaign reimagines Black Friday as #BlackOwnedFriday to support shopping at Black-owned small businesses across the U.S. this holiday season.

Jean is not the only artist jumping on board to help. Ari Lennox also created an animated jingle about Grounded Plants, a Washington, DC-based company that specializes in providing plants to help people disconnect from stress through a sense of tranquility and mindfulness. The work in progress also promotes shopping at black-owned businesses, especially this one, on Black Friday.

Launched in mid-October as a social-first campaign, #BlackOwnedFriday shares the stories of Black-owned businesses, highlights the resources available through Google and the U.S. Black Chambers' ByBlack directory, and encourages followers to share their favorite Black-owned businesses on social. Posts are shared every Friday and will be up and beyond November 27.

With additional support from the U.S. Black Chambers, the campaign also features #BlackOwnedFriday assets, created by BBH NY, which will be available on Google and Google Small Business’ social media channels.