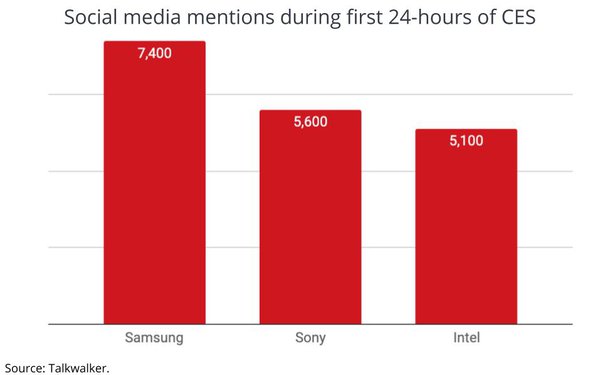 Consumer electronics giant Samsung won the social media buzz during the first 24 hours of CES, according to an analysis released today by analytics firm Talkwalker.

With 7,400 mentions, Samsung dominated the competition, placing well ahead the No. 2 and No. 3 most mentioned CES-related brands, Sony and Intel.

And Samsung earned the buzz based on news about a relatively conventional consumer electronics product -- a smartphone intro -- albeit its new S21 Galaxy lineup.