DoubleVerify Gets MRC Accreditation For CTV 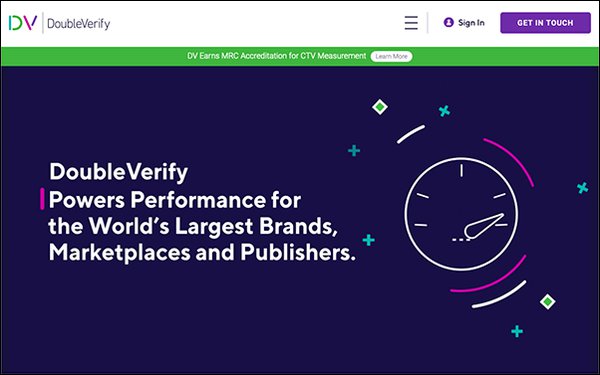 With increased usage of CTV platforms by marketers, George W. Ivie, executive director-CEO of the MRC, stated that CTV advertising “becomes ever more critical for those investments to have the protection of MRC-accredited measurements.”

According to Leichtman Research Group, DoubleVerify claims CTV now reaches over 80% of U.S. households, which is expected to grow to 86% by 2024. All this is happening as cord-cutting and cord-never TV households are expected to rise 44% during this period.

And while CTV ad spend increased 27% from 2019 to 2020, according to eMarketer, DoubleVerify says ad spend does not yet fully reflect consumer demand for CTV.

Mark Zagorski, CEO of DoubleVerify, says there will be a need as “advertiser demand for greater transparency in these channels continues to accelerate.”

Previously, DoubleVerify received MRC accreditation for tag-based measurement for its impression quality suite of services and desktop display viewability (2013); desktop video ad viewability and invalid traffic for both desktop and mobile web (2015); and detection of invalid traffic within mobile apps (2017).