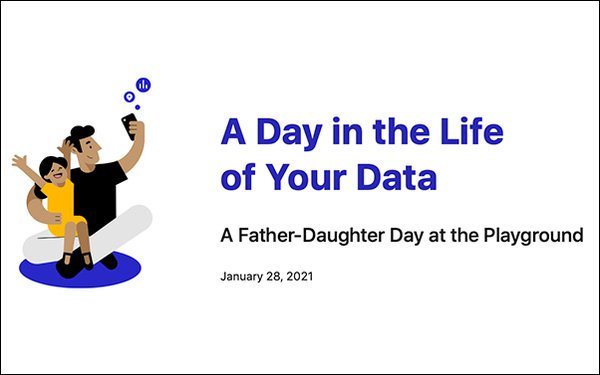 Apple reported a 21% increase in year-over-year revenue of $111.44 billion in the fourth quarter on Wednesday, of which $65.68 billion came from iPhone sales. On Thursday, the company released a detailed privacy report titled A Day in the Life of your Data to help users understand how third-party companies collect and use consumer data.

Services also reached an all-time revenue record of $15.8 billion and set records in the App Store and in cloud services, music, advertising, AppleCare and payment services, with more than 600 million paid subscriptions before the end of calendar-year 2020.

One app links to another app on someone’s iPhone and iPad, which creates a link of intent. The data fuels a $227 billion-a-year industry, according to the report, which cites data from “Tomorrow’s data heroes,” Strategy+Business, published in February 2020.

It also details how ads are purchased and served to consumers on devices including laptops, tablets and smartphones.

Companies like Google have information on searches, location, content downloaded, and websites visited, as well as images taken the phone camera — where and when.

The next beta update of Apple’s App Tracking Transparency will require apps to get the user’s permission before tracking their data across apps or websites owned by other companies. In early spring, users will have an option to see, under Settings, the apps that requested permission to track information on the phone.

Google and Facebook this week both warned that Apple’s privacy changes in iOS 14 could impact data collection, as well as targeting and measurement of online advertisements.