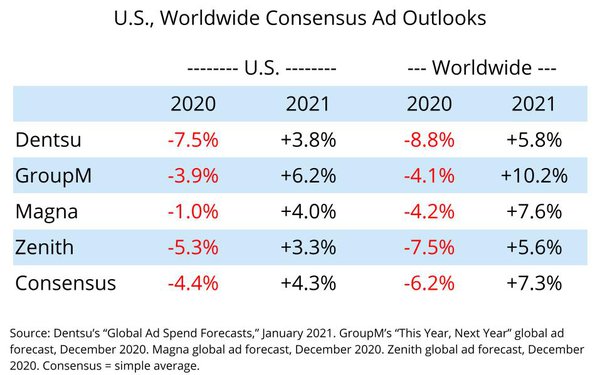 While the individual agency forecasts vary considerable, the consensus means the U.S. 2021 ad economy will be roughly even with 2018, while the global marketplace will be up slightly over the two-year period.

While the first quarter of 2021 will grow by 2% year-on-year, this will increase to 13% in the second quarter compared to the same period in 2020, when lockdowns went into effect in many countries," Dentsu's forecast team writes in their just-released "Global Ad Spend Forecasts" report, adding that total 2021 global ad growth will "benefit from delayed events such as the UEFA European Football Championships (11 June to 11 July), Tokyo Olympic Games (23 July to 8 August) and Paralympic Games (24 August to 5 September)."

That appears to be an assumption, of course, given that Japanese officials already are beginning to consider postponing or canceling the Tokyo Olympic Games due to worsening conditions in Japan, as well as other global markets that athletes and spectators will be traveling from. 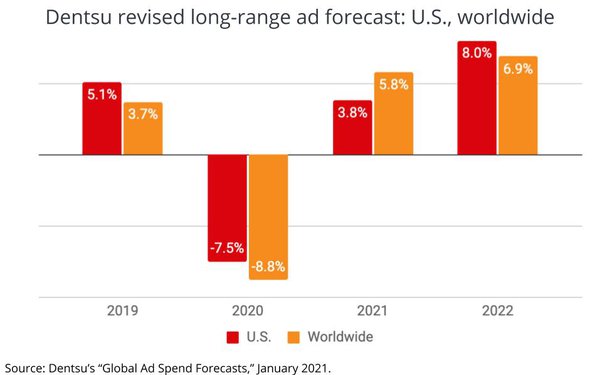