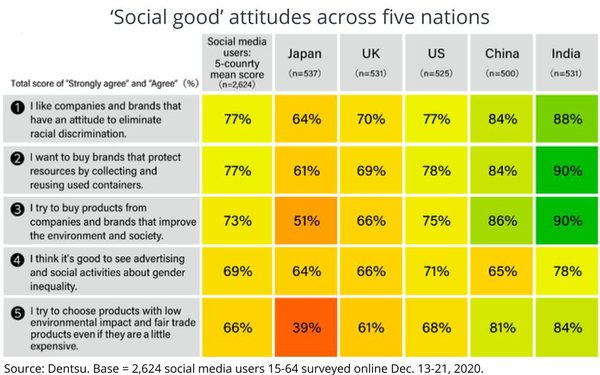 An overwhelming majority of consumers have a "positive" attitude toward brands that promote social good, according to a multinational survey released today by Dentsu.

The study also found that the social-good actions that resonated the most were for brands promoting attitudes to eliminate racial discrimination and recycling, followed by those that improve the environment and society, fight gender inequality, and offer products that have a low environmental impact and/or free trade.

"A positive attitude to social good refers to a willingness to support activities and products that have a beneficial impact on society," the Dentsu report explains, adding: "In recent years, worldwide attention has focused on efforts to curb CO2 emissions, reduce plastic waste, and promote equality in terms of gender and race. The objective of this survey was to establish how attitudes to social good differ among countries and how they relate to use of social media."

Interestingly, the Dentsu study also found that social-good attitudes indexed much higher among social media users who personally posted at least once weekly (see below).

Oddly, the study did not measure any social-good branding aspects related to the COVID-19 pandemic, despite being fielded at year-end 2020. 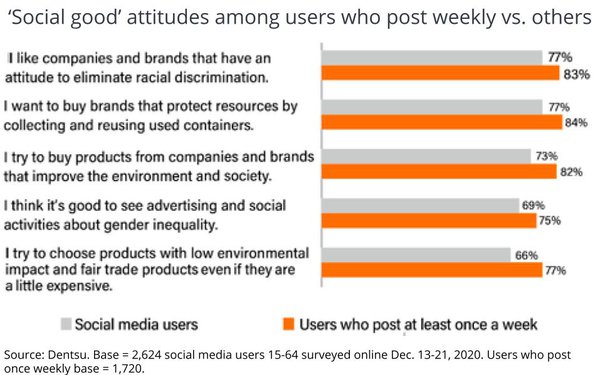