Horizon Next's President On The Future Of Metrics, Measurement 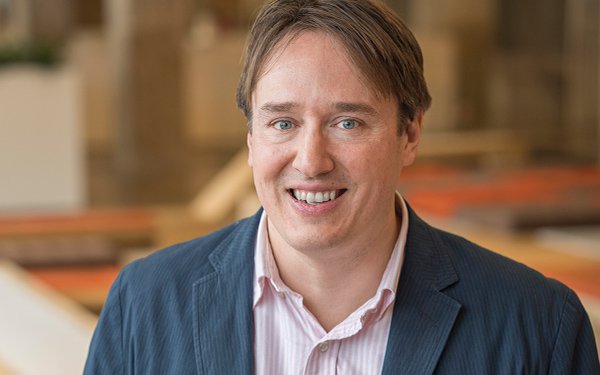 Gene Turner, president at Horizon Next, wanted to build a career in law as a kid, but in high school realized his future in advertising and marketing media. Marketing classes in college came next.

“I’m not sure I was made to be a lawyer,” he said. “For me, I’ve been fortunate to be mentored by a lot of great people. I still like to listen and understand different perspectives before making decisions.”

Caroline Cook, senior vice president, growth at Horizon Next, which works with Turner, calls him “Superman” because he is “very insightful” and can help even the smallest brands grow.

Turner pointed to a new model developed by Horizon Next's product development teams to measure digital and traditional media. The team is working with automatic content recognition (ACR) data, which helps analysts understand how viewers watch a show and the impact it has on transactions and sales performance. Models were built out in late 2020 to bring more measurement and accountability to all types of video such as OTT and connected TV.

When Data & Programmatic Insider asked Turner how his love for law as a kid influenced his business style, he said it’s about understanding different perspectives and risks before taking action.

Turner often uses the phrase “no parking tickets, only speeding tickets,” meaning that he wants to be in an environment that takes action.

“It’s pretty awesome to build a team from nothing and they love coming to work every day,” Turner said. “There’s an open forum for collaboration and sharing different perspectives. You want to be in an environment where everyone respects one another.”

Turner began working at Horizon in 2003. At the time Horizon Media brought in $700 million in total billings, rising to $8.7 billion in 2020. The division Turner runs today didn’t exist when he joined Horizon. When he became president of Horizon Next, collective accounts totaled about $10 million, rising to $2.5 billion today, he said.

One of his early mentors at Horizon Media, retired adman Carl Kotheimer, told Turner to “set a vision for what you want, talk about that vision and deliver on it. Don’t worry about what you have today, but rather build what you want.”

Turner points to the industry needing a better understanding of the value of brands in relation to the value of conversion media. That’s something every advertiser wants to better understand and get right, he said. Market disrupters come in with completely new perspectives, trying to teach them to brands, but it’s important for them to understand how to create awareness without consideration and how to build their brand to drive sales. He believes much of the mid-funnel activity that takes place in media is super critical.

The thing he loves most about his job as president of Horizon Next, for brands willing to disrupt the industry. is to accelerate their path to growth.

“They try to push the limits,” he said. “It’s a lot of fun to help these brands scale. Being in a position to deliver across any communication channel and drive growth is a lot of fun.”