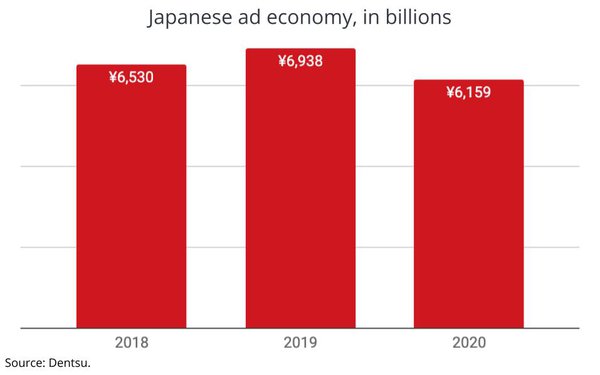 Japan, the third-largest ad economy in the world, fell 11.2% in 2020, due to the severe impact of the COVID-19 pandemic on the nation's macroeconomy, according to estimates released this morning by Dentsu.

Japan's 2020 ad recession represents the first market contraction for the nation in nine years, when the Great East Japan Earthquake disrupted Japan's economy, and 2020's decline is second only to 2009 (-11.5%), which followed the 2008 global financial crisis.

"This reflected the impact of the global COVID-19 pandemic, which saw the postponement or cancellation of a wide range of events, advertising campaigns, and sales promotion campaigns," Dentsu stated, adding that "signs of a gradual recovery appeared starting in July," and that fourth-quarter ad expenditures had recovered "to a level on a par with the corresponding quarter of 2019.

"However, on a full-year basis advertising expenditures totaled 6,159.4 billion yen, an 11.2% decrease compared with the previous year. " 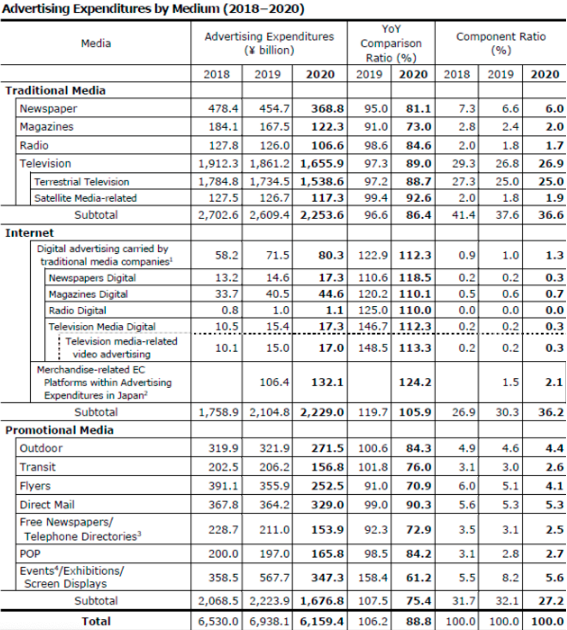