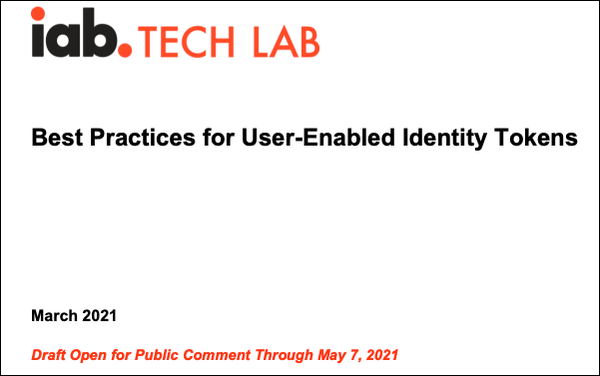 A day after Google’s top ad manager reiterated the company’s decision not to replace cookies with a new consumer identifier, the digital ad industry will discuss new technical best practices for creating their own workarounds, including potential new consumer-enabled “identity tokens.”

The technical specifications are being released this week by the IAB Tech Lab as part of the IAB’s annual conference, and include two areas of addressable targeting:

The IAB Tech Lab said the new specs were developed in collaboration with the industry’s Partnership for Responsible Addressable Media (PRAM), and that it is seeking public comment before they are formally ratified.

The specs come as Google, Apple and others have taken steps to eradicate consumer targeting identities on their platforms, and as the ad industry begins developing new solutions to fill the void, including leveraging “first-party” data acquired directly from consumers, as well as contextual targeting attributes based on media and/or content environments, and even AI and machine-learning technologies.