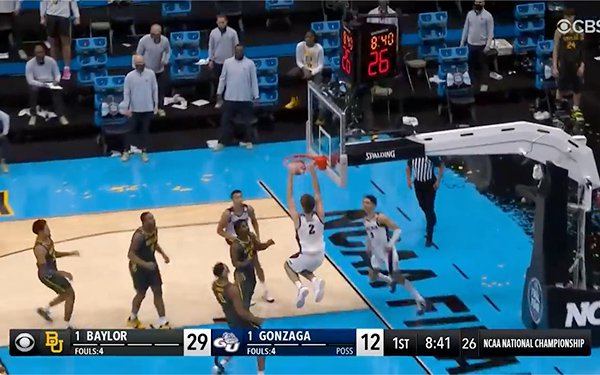 This year’s game was won in the blowout by Baylor over Gonzaga, 86-70. Last year, the entire three-week tournament was cancelled due to the COVID-19 pandemic.

Top advertisers in the game included Capital One and AT&T, each with five commercial airings, while Geico, Coca-Cola, Buick and Apple each had three. Wendy’s, Subway, State Farm, Progressive Insurance, Powerade, NCAA, GMC and Acura had two each.

Looking at the entire three-week, 66-game tournament event, Roku, the big platform of streaming services and apps, says viewing on its platform grew 75% over 2019 levels.

In addition, Roku said a majority of those who watched the 2019 tournament did not return this year. Roku figures this percentage to be about 58%.

Roku did not disclose any actual or estimated average TV viewers, similar to Nielsen measurements in reference to this percentage change.