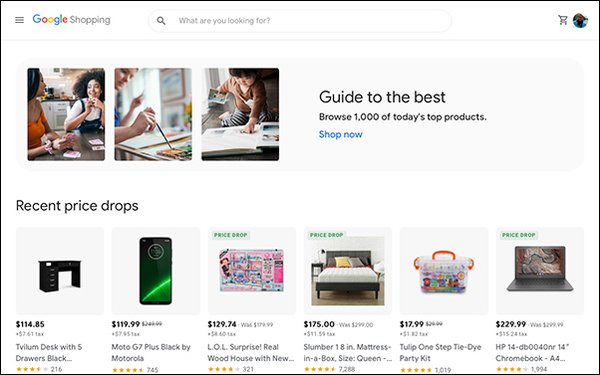 Google is discontinuing its mobile shopping app in favor of desktop.

Shopping allows consumers to shop across thousands of stores and purchase products using a Google Account.

XDA Developers first spotted the closure on Thursday in strings and code in version 59, the latest version of the Shopping app. The names of each of the several strings are prefaced with the word “sunset,” which led XDA Developers to believe that these messages will serve up on a page informing the user that the app is no longer available.

A Google spokesperson confirmed that it is ending support for the app on Android and iOS, but the clients will continue to work through June.

“Within the next few weeks, we’ll no longer be supporting the Shopping app,” according to a Google spokesperson. “All of the functionality the app offered users is available on the Shopping tab. We’ll continue building features within the Shopping tab and other Google surfaces, including the Google app, that make it easy for people to discover and shop for the products they love.”

Google said that in Q4 2020 the company grew its merchant community by more than 80% year-over-year. In the same quarter, the year-over-year growth rate in retail searches was more than three times the rate Google saw in the same period a year ago, driven in part by COVID-19.

In February Google announced a YouTube shopping beta, an integrated shopping experience that allows viewers to tap into the credibility and knowledge of creators to make informed purchases directly on YouTube.

It’s not clear how many people use the app or whether Google has decided to build augmented reality into more of its offerings. The change comes as Google continues to add augmented reality features across its products and expand shopping into Search, Image Search, and YouTube.

Google Shopping began as Google Express in an effort to compete with Amazon and Amazon Prime. The company added a subscription option to access perks such as free same-day or overnight delivery on orders of $15 or more. The service began in Northern California and then expanded into New York and Los Angeles.

The Google Shopping service will remain available on the web, but not in the apps, which is an interesting departure from Google’s focus on mobile apps.