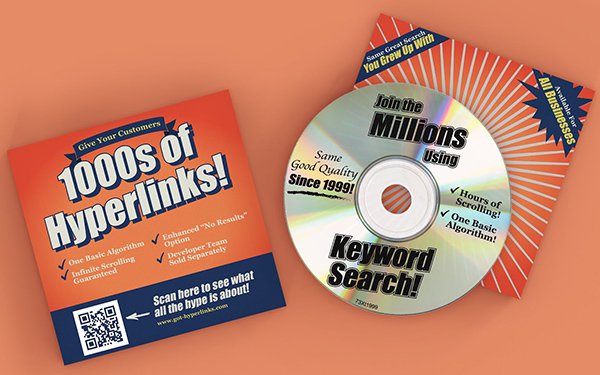 The campaign relies on a variety of innovative media powered by artificial intelligence to demonstrate that it is time to update keyword search technology, the last holdout of ‘90s. 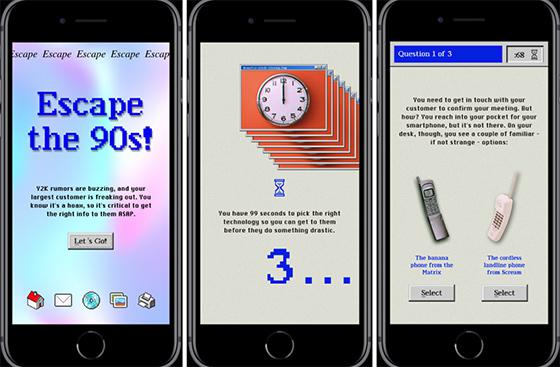 “You wouldn’t think that a modern business would use outdated technologies from the 1990s to run their business, but what’s remarkable is that most use keyword search, a technology that hasn’t innovated since 1999,” said Josh Grau, CMO at Yext.

He said keyword search holds back millions of businesses by delivering random hyperlinks to questions that customers ask on websites. Yext uses AI search to serve answers, rather than links.

In the integrated '90s-themed marketing campaign, Yext juxtaposes keyword search with outdated 1990s technology such as pagers, dial-up modems, and CD-ROMs. The goal is to make it easy for owners and marketers of businesses to understand the difference.

Yext produced the spot in partnership with Sawhorse Productions, Los Angeles, using comedy to personify different technologies as the characters return to their high school reunion. The characters include a cell phone, cloud storage, and internet to reflect how outdated the were in 1999. The story's antagonist, "Keyword Search," hasn't changed in looks, attitude, or efficacy since graduation, per the storyline.

Adweek's CMO Issue takeover, which ran earlier this week, features a physical AOL-style CD-ROM on the outsert, typically a four-page card wrapped around and attached to the outside of a magazine or other publication, and the back cover. Digital out-of-home media will run on LinkNYC kiosks in New York starting this week, digital and podcast ads, and more.

Millions of businesses still use keyword search to power their websites, meaning they consistently fail to deliver the information customers seek. The campaign shines a light on this overlooked problem with humor, comparing using keyword search with using technology that is obviously outdated, like an old flip phone or a dial-up modem.

The campaign primarily target CMOs and marketing decision makers, but the messages also are relevant to CIOs, CTOs, and marketers.

Yext will call the campaign a success if more people associate Yext as a search company, and take action in their own companies, looking into whether they use keyword search themselves and proposing to explore Yext as a modern alternative.

Yest isn't the only ad-tech company that ran its first TV ad in the past year. Simpli.fi, which supports programmatic for CTV, addressable, and mobile advertising, also ran its first television ad trying to educate small businesses about its company.