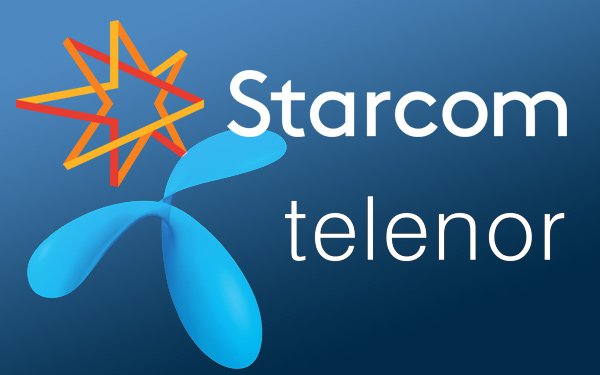 Starcom and Telenor Group, a Norwegian majority state-owned multinational telecommunications and media-services company, formed a partnership in which the agency will broker data to support the brand and its corporate identity.

Consumers received promotions for a special code that would give them free megabytes or call minutes, for example, to their existing prepaid or post-paid service plans with Telenor.
As the media agency for Coca-Cola and P&G, Starcom must also determine creative branded collaborations for the data portfolio of Telenor, which supports about 187 million customers across the Nordics and Asia.

Telenor has first-party data on its postpaid and prepaid customers.

Starcom will help Telenor monetize this data by securing advertisers that want to reach Telenor's audience. In my opinion, it's not unusual to think that this partnership will create services tied to location-based marketing, geo-fenced targeting, or creating an identity graph based on data signals.

The partnership extends an existing agreement between the media agency and telecom giant. Telenor named Starcom its media agency of record in 2019.

Starcom is the media agency for Telenor in Pakistan and Myanmar. Telenor does not support consumers in the U.S., but it seems to be following the path of Verizon Communications prior to selling Verizon Media to the investment firm Apollo Group.

An extension of the media agency can include a data partnership. The team's role, basically is to support advertisers and publishers monetize their first-party and second-party data.

This is one reason why the Brainchild -- a media agency in Pakistan -- created a second-party data marketplace, which has a non-ownership franchising agreement with the Publicis Groupe to use the trademarks of Starcom and Mediavest.

Starcom continues to experiment, invest and build out a second-party data marketplace to support brands in the area. There's no telling what this relationship might evolve into. Perhaps something similar to what Verizon Communications tried to create before selling Verizon Media To Apollo Group.