What The Heck Happened In OOH? A Post-Cabal Analysis With Agency672's Daniel Wilkins 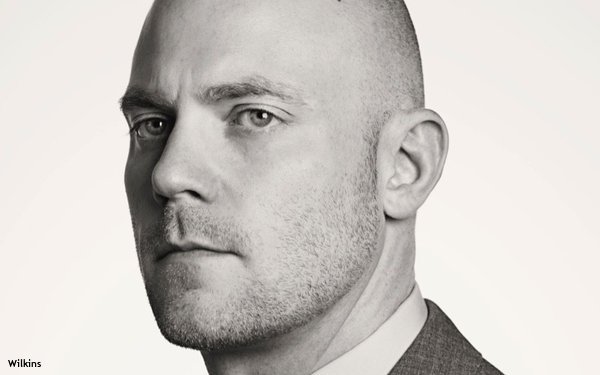 Daniel Wilkins leads Agency672, an out-of-home (OHH) specialist agency, in Atlanta. He and his father have been advising clients on OOH planning, buying and production for years.

In the aftermath of the Out-of-Home Advertising Association of America’s (OAAA) decision to effectively devalue the medium’s ad currency back to gross “impressions” vs. an "eyes-on" or "likelihood-to-see" standard established by Geopath (formerly the Traffic Audit Bureau) -- the OOH advertising industry’s tripartite organization representing advertisers, agencies, and media suppliers -- I had a follow-up conversation with Wilkins.

Wilkins characterized the OAAA’s handling of the matter, which resulted in the removal of Kym Frank as president of Geopath, as a "monumental PR screw-up," a sentiment that I have heard echoed by many others.

Wilkins recently sounded the alarm in a column entitled "We Deserve Better" in OOH Today, which was published after the OOH industry’s Big 3 sellers -- Clear Channel Outdoor, Outfront Media, and Lamar Advertising -- publicly supported the OAAA currency move (of course!) without any supporting statements from the major national media agencies or advertisers, notably any media agencies or advertisers on the board of Geopath.

Wilkins describes the OAAA’s preemptive actions over Geopath as “a profound misstep by the OOH Industry’s leadership in multiple areas." During my follow-up conversation with him, Wilkins said he is “very concerned how it looks,” and that he wants to understand what the OAAA’s "intention" was.

In his view, moving to "impressions" -- or what many describe as an "opportunity-to-see" OTS, OOH ads, is almost equivalent to going back to the industry’s old DECs or "daily effective circulation" counts with all the discounting that accompanied that antiquated metric.

Wilkins told me he has been in touch with the "powers that be," but said that "no answers after nearly a month bothers me" and that there has been "no damage control," although the OAAA moves demand “explanations and transparency.”

Asked whether this might lead to a crisis of confidence in OOH advertising, Wilkins said "99.99%" of the feedback he has received from his column supported his position, and that the feedback came from all sides of the business.

Wilkins said he is reserving judgement on the technical aspects of the OAAA’s new ad-currency guidelines, but wondered whether the Media Rating Council (MRC) will have a more important role to play if Geopath does not maintain its neutrality and independence as a "JIC" (Joint Industry Committee).

JICs by their very nature do not require accreditation. Despite this, the MRC currently is "in-progress" on the development of its own OOH audience measurement standards across all formats, which is scheduled to be released by the end of the year.

In a recent OOH Today podcast, Wilkins and several other senior media agency executives discussed the OAAA’s move, utilizing the word "cabal" to potentially describe it.

Wilkins said the buy-side understands the funding -- and the associated influence -- that the Big 3 sellers have, but wonders -- "is what is good for them necessarily good for the industry?"

That raises an important question: Does Geopath have a future as a functional JIC, if there is an economic "imbalance of influence" from the Big 3, who also virtually control the OAAA?

Wilkins offers a potentially constructive, albeit unlikely solution: Establish an independent, multipartite expert panel to assess the structure, mission, membership, and funding of the OAAA and Geopath, including the relationship between the two organizations.

Whether such a task force is feasible or not, should the American Association of Advertising Agencies and the Association of National Advertisers consider examining this potential opportunity to "level the playing field," considering the importance of such a powerful cornerstone medium and its currency?