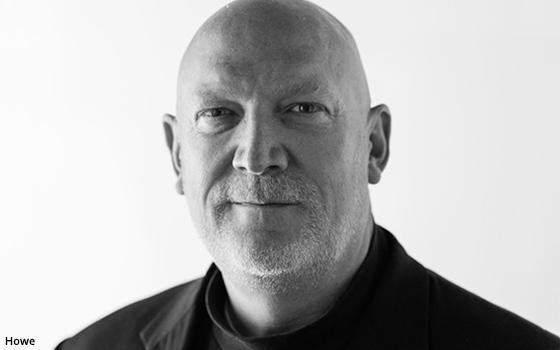 Product development roles not only require the ability to innovate, but to mentor emerging talent. Scott Howe, CEO at LiveRamp, believes David Pann, former vice president of Microsoft Advertising, is the perfect guy for a job that opened after Anneka Gupta, former president and head of products and platforms, left the company in July.

“David, having spent 30 years of his career in product leadership roles, knows the value of team collaboration, and working and mentoring young people,” Howe said.

Howe has known of Pann for decades. In fact, he hired Pann to work at Microsoft. “I knew about him when he worked at Yahoo,” he said. “Everyone did. He’s one of those rare guys. He has spent his entire professional life building innovative products and mentoring people.”

At the time that Howe meet Pann, Live Search was becoming the Microsoft search engine Bing. It officially replaced Live Search in June 2009.

“At Microsoft, we were brute-forcing the heck out of everything in search,” he said. “We threw bodies at Bing, instead of writing eloquent code and scaling products.”

Howe meant that sometimes companies will “pay down the technical debt” to get a product to market quickly, and then go back and address the compromises made to meet the critical deadline. This time it paid off, because, according to Howe, Pann knows how to get it done.

When Howe hired him to work at Microsoft, Pann had been at Yahoo overseeing Overture and was involved with Project Panama.

“We knew he was well versed at accelerating innovation and had the ability to pay down the technical debt,” he said.

A week after Pann agreed to join Microsoft in the advertising department, Howe resigned.

Howe is no stranger to entrepreneurship and trying new things. Sometimes the ideas stuck and sometimes they didn’t, but it is always exciting. When asked about his co-founding a company called King of the Web, he called it “a rocket ship across the night sky that flamed spectacularly and then crashed into the desert.”

When he left Microsoft, he teamed up with Seattle Investor Nick Hanauer, and Zillow Founder Rich Barton. The site looked a lot like social media, giving people the ability to post user-generated content. People voted on that content and crowned a person King of the Web.

“The problem is people didn’t stay and come back to it,” he said. “It was too early and we just didn’t get it right.”

Howe left King of the Web, founded in May 2010, to join Acxiom, which became LiveRamp.

“I hired David, but never got to work with him,” Howe said, adding that the two have known each other for a couple of decades. “I spoke with him occasionally, kept my eye on him, and saw him live up to the vision of what he was hired to do.”

Pann was hired at Microsoft to pay down the technical debt, scale a major platform, build innovation on top of it, build a business, and mentor a young team so they could grow to become the best version of themselves. Howe said Pann accomplished all.

“He’s the perfect choice to join us at LiveRamp, because we’re going to ask him to do it one more time,” Howe said. “He’s walking into a similar situation.”

Howe said the team grew LiveRamp from 15 people generating about $10 million dollars at acquisition, to now $500 million and 1,200 employees in a few years. The technology has grown from something simple, he said, to very sophisticated -- tackling some of the most complicated technology problems like extracting the value of data without having the physical data move. It’s something every brand wants.

As an example of the way he wants LiveRamp to work, Howe pointed to the simplicity of Apple and the iPhone. Not the inner working of the device, but the way it’s used, simple and intuitive.

“David is the best person in the world to help us do that, because of his experience,” he said, claiming that LiveRamp “touches more data in a month than Google.”

Heightened security around data encryption, federated machine learning, extracting the data without exposing it, authentication of all data, and making the user interface simple and easy to use are on the LiveRamp product roadmap. Howe wants to make using data as simple as clicking a button on a touchscreen.