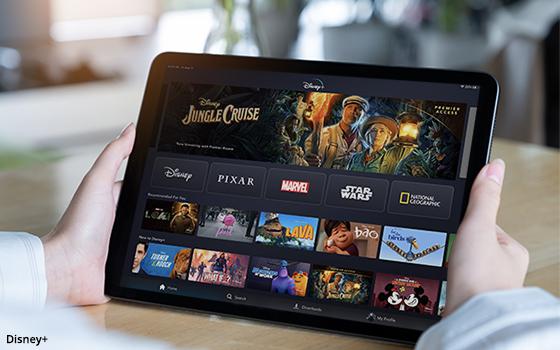 Although many analysts continue to focus on Walt Disney’s Disney+ , it was the company’s other big digital platform -- Hulu -- that made surprising gains in the company’s fiscal third-quarter period, seeing higher advertising revenues and profitability.

“Hulu exceeded our expectations and it was profitable this quarter,” said Christine McCarthy, senior executive vice president and chief financial officer of Disney, during the company’s earnings phone call on Thursday.

McCarthy did not provide financial details, but added that Hulu’s advertising gains came “from higher sell-through rates, a lot of addressable advertising and a significant ramp-up in the dynamic ad-insertion technology that we have within Hulu Live [TV+].”

In addition, for the upcoming TV season starting in September, Hulu was a chief beneficiary of the very strong TV upfront advertising market in June and July, where TV and video marketers shifted ad dollars out of linear TV.

”We came out of a very strong upfront... and had about 40% of the total upfront dollars into streaming and digital,” she said.

For the third quarter, Disney’s direct-to-consumer business -- which Hulu and Disney+ are a major part of -- was up 57% to $4.3 billion in revenue. The D2C unit trimmed its losses to $293 million, from $624 million in the year-ago period.

The D2C revenue gain was largely due to higher Hulu subscription revenue, as well as a December 2020 price increase for Hulu Live TV+ service.

After the market closed on Thursday, Disney’s stock rose by more than 5%.

Additionally, Disney’s linear TV networks revenue also gained 16% to $7.0 billion -- though operating income fell 33% to $2.2 billion. Disney pointed to higher programming/production costs at its cable networks, as well as its broadcasting operations. While it had lower viewing results at ABC, there was higher advertising and affiliate revenue.

Theatrical revenues continue to be question-mark going forward -- especially considering another potential disruption from the Delta Variant of the COVID-19 virus.

With regard to the ongoing controversial issue of where and how its big films might play in movie theaters or on its streaming platform in the future, Chapek said during the company's earnings call: “We're trying to do the best thing for all our constituents and make sure that everybody who's in the value chain, if you will, feels like they're having their contractual commitments honored both from a distribution and a compensation standpoint.”

Company-wide Disney revenues were up 45% to $17.02 billion revenues in the period.