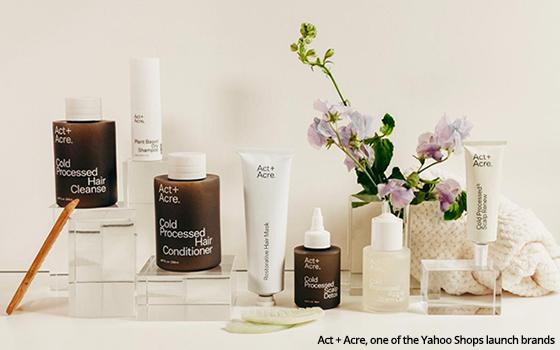 Verizon Media plans to expand on its ecommerce capabilities this fall by processing the transactions on its marketplace that enable consumers to search for, discover and purchase products through the Yahoo platform.

By processing the financial transactions, the company become “the merchant of record” for brands and retailers. Yahoo Shops will launch with small brands like Woo Skin Essentials, Golden Secrets, and Act + Acre.

The move, which Verizon Media head of global commerce Andrea Wasserman briefly touched on in March 2021, completes a long-awaited ecommerce capability that executives at companies such as Google, Microsoft, and Yahoo have talked about for years.

Some believe it puts Verizon Media’s ecommerce business in direct competition with marketplaces like Amazon. Wasserman thinks it makes the company the first digital media publisher to feature a native marketplace.

“Shoppable videos will be part of this,” Wasserman said. “We also pledge that at least 15% of merchants will be Black-owned businesses.”

Verizon Media will partner with Mirakl, a software-as-a-service provider that connects retailers with brands. It will send an inventory feed to Verizon Media, and pass the consumer orders to the brand or retailer to fulfill.

“We don’t touch the physical goods, but we do manage and own the entire transaction, including processing the sale,” she said.

The Yahoo name will appear on consumers’ credit-card statements for billing purposes, Wasserman said, when Yahoo Shops launches this fall.

Apollo Global Management paid about $5 billion to acquire Verizon Media, which includes Yahoo and AOL, from Verizon Communications. When the deal closes, the new company will be called Yahoo.

Yahoo Shops, the commerce marketplace, is expected to connect consumers directly to brands, taking them through the entire buying process, from search and discovery to purchase and transaction.

Yahoo Shops expands on Content Commerce’s audience, which supports more than 900 million monthly global active users, many of whom trust the company’s recommendations because they continue to click on affiliate links and purchase products on the merchants’ websites.

The new marketplace also could include running sponsored product ads offering recommendations based on purchase history.

In The Know, Verizon Media’s Millennial and Gen Z short-form video network started as a social video experiment in 2017, has become an influential shopping hub network. Since the idea drove huge performance for social channels, the company launched InTheKnow.com in February 2020.

In The Know’s commerce centric programming has driven gross merchandise value of more than 145% YoY. This led Verizon Media to test live shopping in spring 2021, featuring In The Know’s already established roster of talent, mostly based on user feedback. The network has grown by 1,230% YoY, as of July 2020, and now boasts 20 million unique monthly visitors.

The 5-minute segments produced higher engagement rates. In fact, the platform generates an average of 15 million views per week, including live and video on demand (VOD).

Walmart in June partnered with In The Know and Yahoo Life to tap that Gen-Z and Millennial audience with custom content, video programming and livestream shopping experiences, for Walmart’s summer Deals for Days” campaign.

In The Know was tapped for live shopping with ITK’s Julia Webb on the best deals, ranging from headphones to indoor exercise bikes to the top kitchen deals from air fryers to cotton-candy makers.