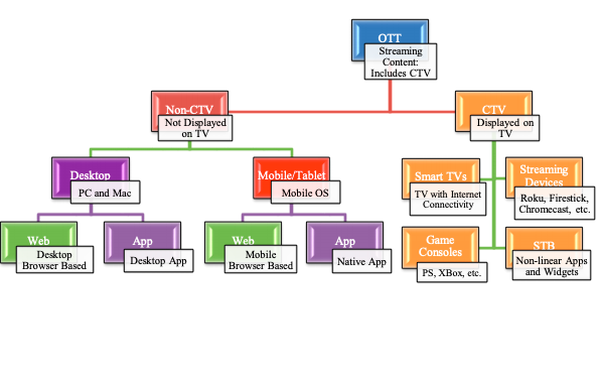 Lost in the shuffle of the big news this week that it has suspended accreditation for both Nielsen's national and local TV ratings services, the Media Rating Council (MRC) quietly issued a final update to its recommendations for "best practices" for measuring over-the-top (OTT) and connected TV (CTV) viewing, as well as when server-side ad insertion (SSAI) digital video techniques are utilized.

The update, which follows the MRC's release of a preliminary draft in February, follows a public comments period and becomes its official current measurement guidance for the burgeoning OTT/CTV advertising marketplace.

"The final document is the end product of a process that included collaboration from a working group of more than 40 organizations, as well as the broader input received as a result of the public comment period earlier this year," the MRC said in a statement releasing the update, adding that while there were relatively few changes from its initial draft, the final version provides additional detail related to its consideration of "continuous play," the detection of “TV off” situations, as well as certification and authentication of SSAI environments.

While the changes are minor, the MRC said the most important element is "a refinement of the definitions of 'over-the-top' and 'connected TV' to more closely align with prevailing industry usage of the terminologies," which the MRC delineates in the flowchart provided above.