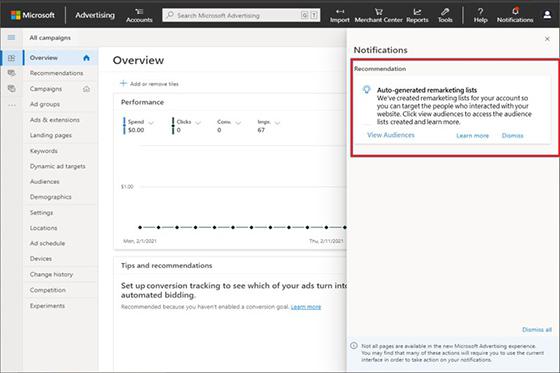 Existing legacy expanded text ads will still serve up in search results, but they will not become available for advertisers to edit or add.

The more advertisers in its marketplace use RSAs, the more it will enhance advertiser performance and improve the intelligence of its machine-learning models -- all benefits for advertisers.

During a virtual meeting last week, Microsoft asked users of RSA to comment on how they are preparing for the changes.

One marketer asked whether Microsoft provides an “ad strength rating” for RSAs, similar to Google. It’s on Microsoft’s product roadmap to release this feature in the near future.

One limitation in Google RSAs, per an advertiser, is that analyzing individual assets such as headlines or descriptions to determine what to optimize. Google only provides impression metrics. There is no click information. A performance metric for the entire ad is available -- but not individual assets. Impressions is the only metric available for headlines, for example.

Microsoft said this is a feature that developers at the company have been debating and discussing.

Competitive insights will become available at the multi-account level for advertisers to provide advertisers with a view of the competitive landscape, especially during the holiday season.