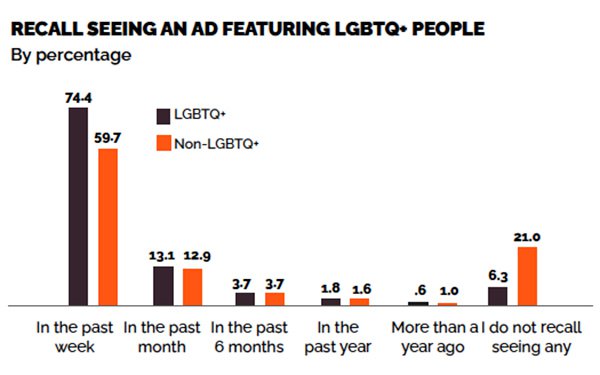 Data released this week suggests LGBTQ+ ad campaigns may not be placed in media where non-LGBTQ+ and older people are likely to see them.

The survey of more than 10,000 people, fielded during Pride month, between June 10 and June 21, shows nearly 29% of respondents said they did not recall seeing any LGBTQ+ advertising. More than 27% of respondents also said brands should create less LGBTQ+ focused work.

Graham Nolan, co-chair of Do The WeRQ co-chair, storytelling and partnerships, believes the findings show a need to support LGBTQ+ ideas and representation in advertising and the importance of having LGBTQ+ talent creating those ads.

Is there lack of support for advertising and media professionals?

Regardless of LGBTQ+ identity, 33.36% of respondents believe most advertising representing specific communities is made by people in that community.