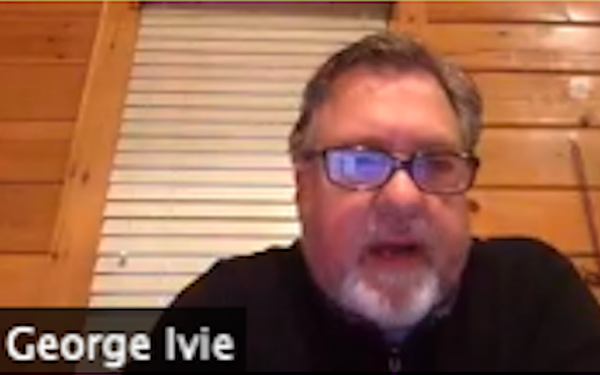 The Media Rating Council (MRC) has accelerated the standards, audits and accreditation processes it oversees, rebooting some traditional ones like TV audience measurement, and moving into bleeding-edge areas such as algorithmic processing -- as well as one of Madison Avenue’s “Holy Grails,” outcome-based measurement.

During a first-of-its-kind briefing for the general public, the MRC team provided a snapshot of the organization’s history, answered a wide range of questions, and explained how it has accelerated key areas of standards and accreditation to maintain “continuous improvement” in a rapidly changing media and advertising landscape that sometimes requires rewriting old rules and inventing new ones.

During the briefing, the team broke new news on some important next steps, especially the status of its development of outcome-based measurement standards, which MRC CEO and Executive Director George Ivie characterized as being 70% complete.

“That’s a George Ivie estimate, not necessarily formal,” Ivie emphasized while sharing the project’s status, but he also noted, “We’ve already got enterprises coming to us talking about these audits.”

While he did not disclose who those interested parties are, Ivie implied that the industry is close to having standards and a process in place to begin accrediting companies that don’t just measure advertising and media impressions, but the outcomes they have -- including “things like sales lift, brand lift, return on advertising investment.”

Ivie characterized the project more as a “suite of standards” than a singular universal one, but that the combined effect would be to “bring consistency and best practices to these measures.”

If past MRC standards for things like ad impression “viewability” and “duration-weighting” are any indication, the new outcomes-based ones likely will not be without controversy and industry debate, because any time the MRC sets a standard it has the effect of setting the bar for a potential currency in which some media and research suppliers could win or lose.

But Ivie also noted that the MRC is completely neutral, receives no direct compensation for those roles, and that its governing principle it to ensure its standards and accreditation are “equitable” for all players in the industry.

But given the Wild West nature of the outcomes-based measurement industry to date, which as been dominated for decades by either big regression-based marketing and/or media mix modeling firms, or more recently by algorithmic-based attribution models, the new standards will clearly be a big area of industry discussion, to say the least.

On that last point, Ivie also revealed that the MRC itself has moved deep into the area of assessing and creating standards for the algorithms used by various measurement firms to process data that becomes audience exposure and outcome measurement estimates.

“When you start talking about algorithms, you need to think about algorithm bias,” Ivie said, adding, “When you start talking about machine learning, you’ve got to understand whether that that learning is trained fully for all cases in the population. Is anything eliminated? Is anything treated differently? Should we know about that? Is the whole process effective across all sectors of the measurement in all sectors of the population?”

Ivie asserted that the MRC is “one of the few organizations” built to handle this new area of assessment and standardization, because it is intertwined with the future of advertising and media measurement, especially as various suppliers move from classic panel-based measurement toward large “big data” sets and/or “census-level” data.